Tahany Academy on the world stage 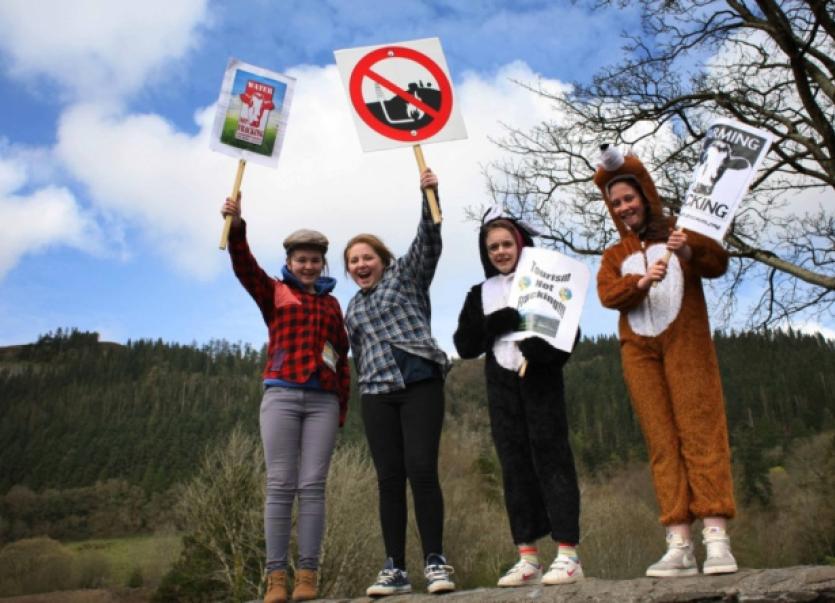 The Tahany Academy of Dancing based in Leitrim is set to take the World Irish dancing championships by storm in London, this Easter week 2014.

The Tahany Academy of Dancing based in Leitrim is set to take the World Irish dancing championships by storm in London, this Easter week 2014.

The highly respected North Leitrim school will bring a powerful dance drama to a global audience.

The dance is a modern day allegory and a call to action for Ireland to move away from the temptation of short term gain towards a vision of a sustainable future for its community and for future generations.

Poignantly the twenty children bringing the message to London who range from 5 to 21 years of age come from Leitrim, Fermanagh and Cavan, all areas at risk from the controversial process.

The dance school is run by Kathleen and Jemima Tahany, Kathleen herself trained under the prestigious Linda Fryday school in London.

The dance started in their sister Harriet’s art exhibition “The Upset” in 2012.

Kathleen and Jemima are passionate about the risk from Fracking to Ireland, and to Leitrim a place in their minds of “natur al beauty “ perfect to raise children.

A video of the dance performed in rehearsal shot by Love Leitrim has already caused a stir and created a fan base for the dance troupe, with well wishes from communities struggling with the threat of Fracking as far afield as Romania, New South Wales as well as Britain.

According to Kathleen “A dance can portray a message. People think and remember in pictures.”