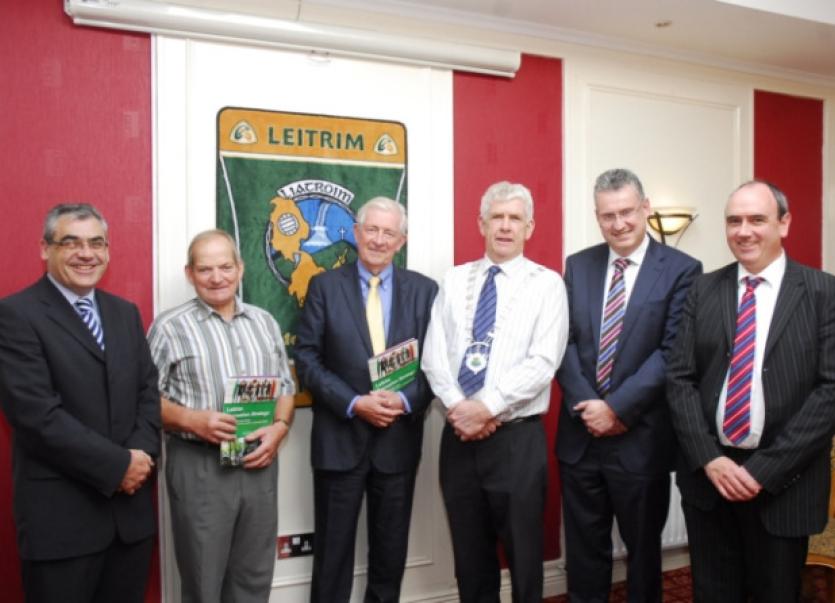 Foreign direct investment may not deliver jobs and investment in Leitrim to the extent that it does in other parts of the country but this has not stopped a broad based group of people, agencies and organisations coming together to develop a strategy for capitalising on the county’s recreational assets.

Foreign direct investment may not deliver jobs and investment in Leitrim to the extent that it does in other parts of the country but this has not stopped a broad based group of people, agencies and organisations coming together to develop a strategy for capitalising on the county’s recreational assets.

The Leitrim Recreation Forum formed in 2013, has been working to develop a roadmap for the future development of recreation in the county.

The initiative has gathered input from all relevant interest groups from state agencies and interest groups to recreation providers, Leitrim County Council and local communities, with the idea of developing recreational facilities including walking and cycling pathways, equestrian, rowing, surfing, boating and kayaking facilities, in the county over the next four to five years.

Leitrim Development Company has facilitated the setting up of the Forum and has been instrumental in the subsequent publication of the Recreation Strategy.

The comprehensive Strategy, launched in the Bush Hotel, Carrick-on-Shannon this week, sets out priorities on how best to combine and add value to recreational products while still protecting the natural assets in Co Leitrim such as our waterways, hills and historic locations.

Padraic White who chairs the Leitrim Recreation Forum, told those assembled at the launch of the Strategy that he was immensely proud of everything that had been achieved over the last 12 months.

“Leitrim is a small county and so we have to combine all our resources across all the different recreational sectors in order to succeed and the creation of this Recreational Strategy is just one element of a bigger approach to developing services which will attract further investment and tourism to Co Leitrim,” he said.

He noted that this Recreational Strategy will feed into the development of tourism in the county and would ultimately feed into the Local Economic and Social Plan currently being developed by Leitrim County Council.

He noted that there were over 100 enterprises across Co Leitrim that deal with recreation and tourism and stressed the importance of providing a collaborative partnership going forward to ensure the successful promotion of the county and its fantastic amenities and locales.

With projects such as the development of cycle/walking trails along the now closed railway lines in the north and south of the county, as well as the recent training of six professional angling guides and plans to map all activities and amenities in the Lough Allen area, the future of recreation in Co Leitrim looks very bright indeed.

See next week’s Leitrim Observer for an in depth report into the launch and the development of the Leitrim Recreational Strategy.