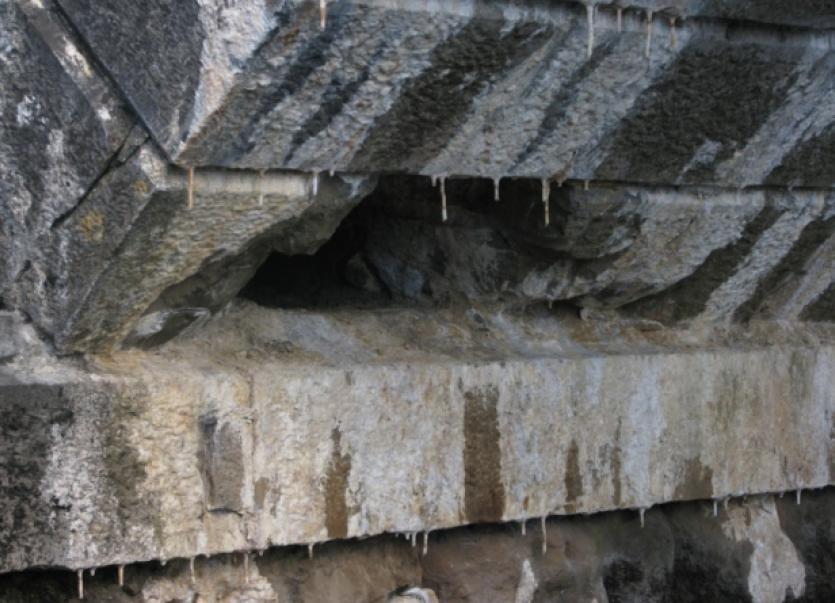 A number of blocks missing from the arched structure of the Jamestown Bridge and the appearance of cracks on the listed structure have led to calls for it to be properly surveyed.

A number of blocks missing from the arched structure of the Jamestown Bridge and the appearance of cracks on the listed structure have led to calls for it to be properly surveyed.

Last week Antrim man, Robert Maitland was boating on the River Shannon near the Jamestown bridge with his family when they noticed that several large stones at the base of the arch were missing. The blocks were so big that that in one instance he was able to insert a paddle nearly 4 foot into the hole left in one of the arches.

Mr Maitland contactacted the Leitrim Observer to show several pictures he taken of the 170 year old bridge. He also explained there was a crack in the bridge structure.

Cllr Sinead Guckian, who has highlighted the need for maintainence works on both the Jamestown and Drumsna Bridges on a number of occassions at Council meetings, said that she had read findings from surveys carried out previously by the Council on the Jamestown Bridge but had never been informed of any missing blocks.

The local councillor added that the presence of a crack in the bridge was “very worrying” and added that she would be highlighting this once again with the Council.

“I know that funding was received in 2011 to carry out the surveys on the bridges in the county from Central Governement. We were advised that following the survey results funding would be provided to carry out reported needed work,” she said.

“At the 2014 Budget meeting I questioned the Council on why there was no provision in the figures presented in the budget for bridge work,” said Cllr Guckian.

She said that when she sought clarity on this, noting that surveys had been completed on Jamestown and Drumsna Bridges she was advised “that only cosmetic works were required”.

When conacted by the Leitrim Observer a spokesperson for the Council confirmed engineers had inspected Jamestown Bridge in 2012 and “no issues were identified with the bridge and therefore no remedial works were required.“