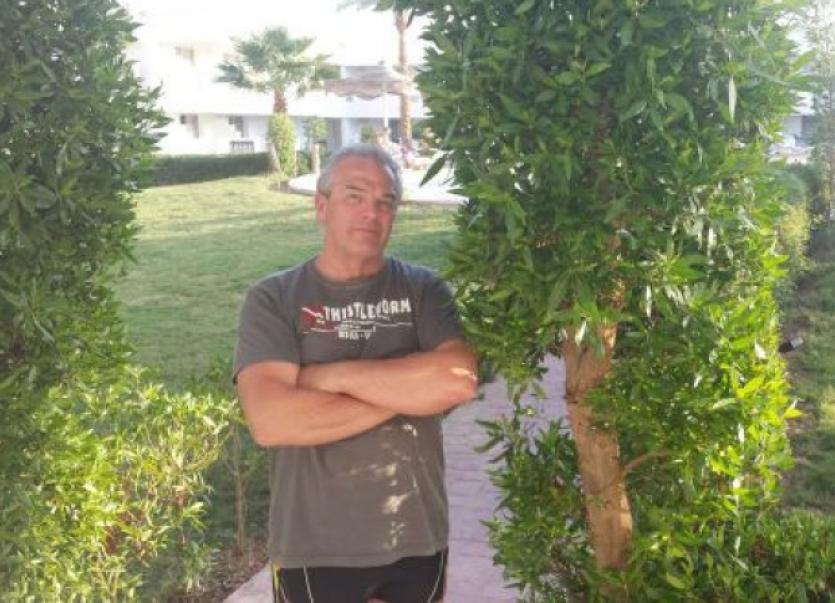 A local man who is holidaying in Sharm El Sheikh, Egypt has told media he is “completely safe” at the popular Egyptian resort.

A local man who is holidaying in Sharm El Sheikh, Egypt has told media he is “completely safe” at the popular Egyptian resort.

Gerry Gilroy from Drumsna who is involved in the Leitrim Sub Aqua Group gave an interview to the Irish Times at the weekend, as thousands of tourists left on mass after the Russian plan crashed in the region and killed 224 people.

Gerry Gilroy told the paper that the hotel he is staying in only has around 30 guests staying out of a maximum occupancy of 500. He said there are “crazy” scenes as tourists as bussed between hotels amid a raft of flight cancellations.

Ireland, the UK and Russia suspended flights to Sharm El Sheik. The British said they understood an explosion caused by a bomb brought down the plane over the Sinai desert.

Gilroy who is an avid diver is a regular visitor to the area and hopes to continue his holiday until next week as he feels “completely safe.”

He told the Times that he has not met many Irish people, he said “It’s one thing there being no British here, but without the Russians it’s dead on its feet.”

Gerry told friends on Facebook “I hope this situation is resolved soon for the sake of the Egyptian economy, it is one of the best dive sites and has the most friendliest people in the world, I would hate to think I couldn’t get back to Sharm El Sheikh.”

Mr Gilroy was also in Sharm El Sheikh two years ago when a series of riots broke out across Cairo and he said the area’s hospitality industry had only begun to mount a significant recovery from that event when this incident occurred.

The Department of Foreign Affairs and Trade said “Irish citizens in Egypt and those intending to travel to Egypt are advised to register on the Department’s website and check the Department’s travel advice for updated information.”

They are continuing to monitor the situation in Egypt and will update travel advise as appropriate.

“We continue to monitor the situation in Egypt through our Embassy in Cairo and are in close contact with our EU colleagues. We will continue to review and update travel advice as appropriate.”