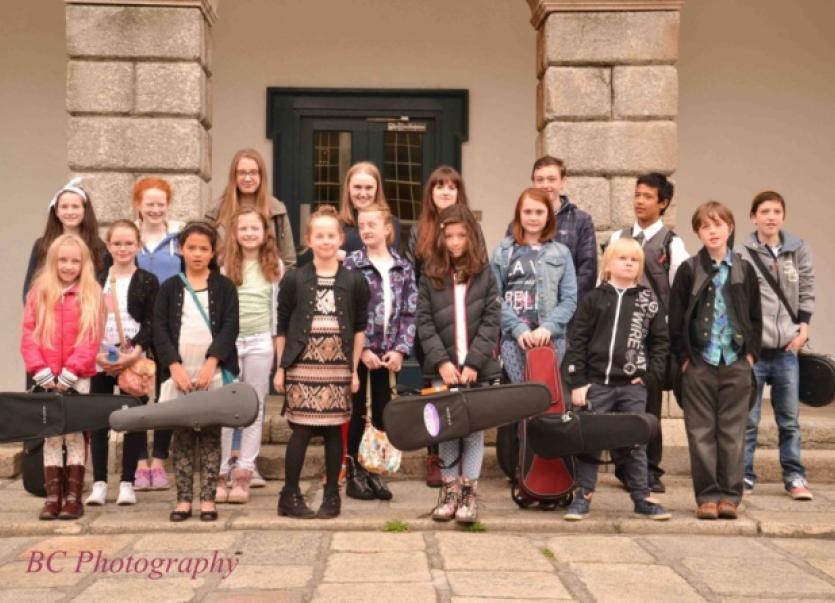 Eighteen Leitrim children will perform on the most anticipated TV show of the year: The Late Late Toy Show.

Eighteen Leitrim children will perform on the most anticipated TV show of the year: The Late Late Toy Show.

The Leitrim Light Orchestra got the big news they were are through to the Live show last Friday, October 31.

Devon McGillivray confirmed to the Leitrim Observer that the local group are one of “just eight acts to make it through.” Thousands of groups auditioned this year for a chance to perform on RTE’s most watched TV show.

Edwina Guckian also informed the paper three of her students from Strokestown and Sligo will also perform on the show.

Devon said the regional auditions were a great idea, as more acts got the chance to try out for the show.

The Leitrim Light Orchestra who rehearse out of the Youth Cafe in Drumshanbo and are supported by the North Connacht Youth Services and have 18 children from ages 7-17 performing on the show on Friday, November 27. The group have performed In The Dock, Dublin Castle and in the Aviva Stadium.

Devon said the auditions “went good” and she felt they “surprised” some of the judges with their pieces. She said it was a “fantastic experience.”

The group have only three weeks to rehearse their new performance, which Devon revealed is “classical.” The kids in the group are “beyond excited” and will need to work hard to perfect the new performance for November 27.