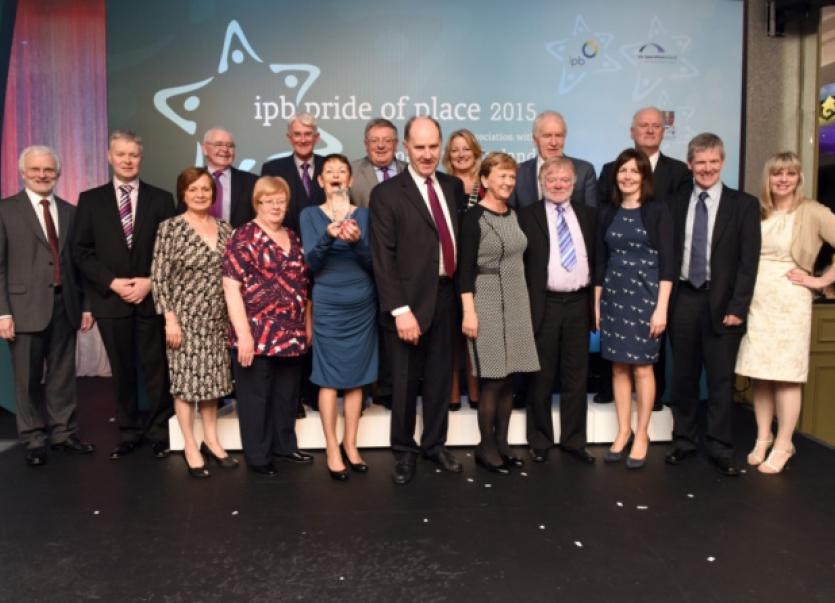 Leitrim groups took two of the top prizes in the annual IPB Co-operation Ireland Pride of Place Awards, which were announced last Sunday night at a glittering gala event in Ennis Co. Clare.

Leitrim groups took two of the top prizes in the annual IPB Co-operation Ireland Pride of Place Awards, which were announced last Sunday night at a glittering gala event in Ennis Co. Clare.

More than 800 people from across the island filled the venue to hear the winners announced by RTE’s Ciana Campbell.

Cloone took runner up place in the main competition in the category for neighbourhoods with populations of up to 300 people.

Manorhamilton also took runner up prize in the category for neighbourhoods with populations of between 1000 and 2000 people.

The Pride of Place Awards recognise and celebrate the achievements of people who work tirelessly to create pride in their local area and a better place for local residents.

Forty-three groups, ranging from those in small rural communities to groups in inner-city housing estates, took winning or runner up positions in the main and cities competitions.

Each year, practically every local authority on the island of Ireland nominate groups for doing exceptional work in their communities. This year 102 groups were nominated by their respective local authority.

A panel of highly experienced judges visited every nominated group and then selected the winners and runners up. Since the first Pride of Place competition13 years ago, thousands of people have been recognised for the outstanding contribution they make to Irish society.

Speaking at the event, IPB Insurance CEO, Ronan Foley said”IPB Insurance is proud to be associated as title sponsors of the IPB Pride of Place Awards and more importantly what it represents.

“I firmly believe that it is essential that we recognise communities and the thousands of volunteers across the island of Ireland that give of themselves selflessly every day.

“As a mutual insurer that insures local authorities and their communities across the island of Ireland, these awards are an excellent fit. It is clear that working together and getting things done increases peoples’ pride in where they live and in turn helps build vibrant communities.

“All those nominated epitomise the sense of community spirit that can be seen all across Ireland, with people committed to creating positive civic change in their respective communities.”