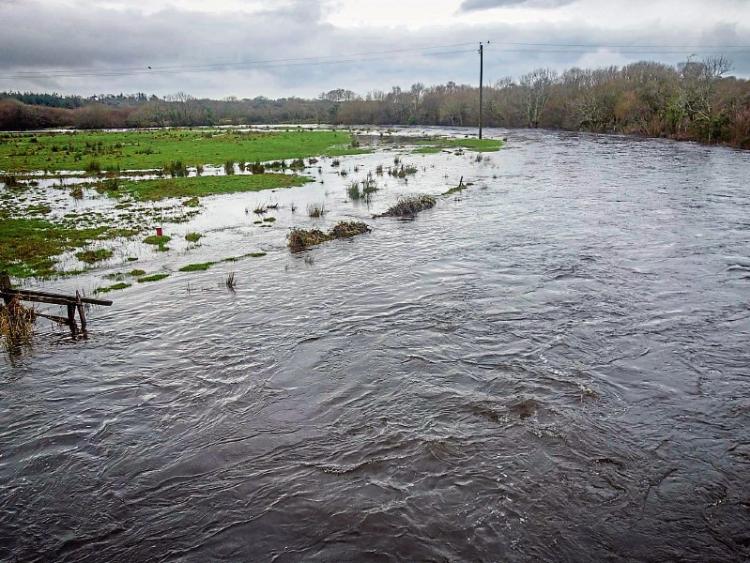 We are still waiting on the first salmon of 2016 to be caught.

It seems like flooding is dominating all local and national headlines and the rising waters have also affected the first salmon competition.

Shane Gallagher, fisheries owner on the Drowes, told the paper that water conditions are still “quite high” and this seems to have hampered conditions both for the salmon and the anglers.

Mr Gallagher said the number of anglers who attended the Drowes on January 1 was down on previous years, this was due to local flooding and issues around access.

Almost 50 anglers braved high water and wet and windy conditions on January 1 but to no avail.

Mr Gallagher said the closure of the Four Masters Bridge to pedestrians means anglers are forced to go around six miles out of the area to detour.

Traffic approaching the fishery from the south should take the R280 towards Kinlough, taking a left turn before Lennox’s Bridge followed by a right, signposted 'Four Masters’ Memorial.'

The bridge is closed as it is deemed dangerous to cross.

The Drowes reached a record breaking height after Storm Desmond in mid December, but Mr Gallagher said the river has decreased since then, but is very high for this time of year.

He did mention the floods had “an affect on wildlife, such as otters, dippers and kingfishers.”

He said the flood is also likely to have an adverse effect on this year’s spawning.”

He said local flooding means conditions are more difficult, but he remains hopeful that the first salmon will be caught in Leitrim.

Last year the first salmon of the year was caught in Killarney, Co Kerry while the first Leitrim salmon was not caught until January 27.

The season for salmon and sea trout in the Drowes runs from January 1st to September 30th.

A GoPro 4 Session is the prize for the first salmon of the season on the Drowes to be caught and released.

This is part of the ongoing “Knock the priest on the head, bring a camera instead” incentive to encourage the preservation of spring stocks. Releases must be verified, with photo or video. Terms and conditions apply.