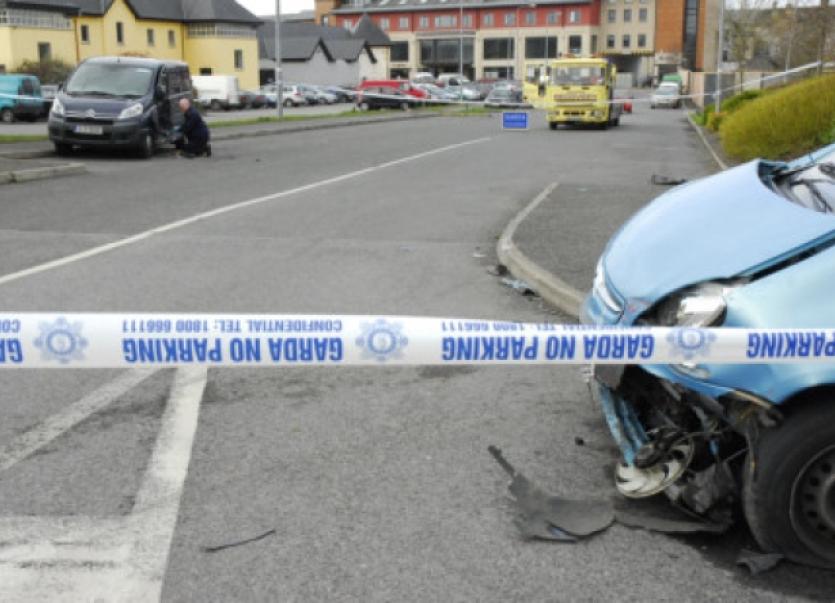 At least four cars are believed to have been damaged during a high speed ramming incident in Carrick-on-Shannon on Monday evening.

At least four cars are believed to have been damaged during a high speed ramming incident in Carrick-on-Shannon on Monday evening.

An eyewitness described how he sought cover after he witnessed two vehicles turn, at speed, at the junction near the new Social Welfare offices and head in the direction of the Bush Hotel.

He described how he ran for cover as a blue coloured car pursued a dark coloured van. He saw them turn left at the Carrick-on-Shannon courthouse in the direction of the Landmark Hotel carpark before hearing a loud bang as the vehicles collided.

Following the impact the van ended up turned around on one side of the road while the car collided with a kerb before mounting the footpath.

Superintendent John Furlong confirmed that gardaí had received an allegation of a ramming incident from the driver of one of the vehicles at around 10.45pm on April 22.

An area was subsequently cordoned off for forensic investigation of the two vehicles immediately involved in the incident and this area remained under investigation until midday on Tuesday, April 23.

Superintendent Furlong told our reporter that there had been reports that at least two more and possibly a third vehicle had sustained damage in the town on Monday evening and gardaí were now investigating the possibility that these vehicles had been damaged by one of the vehicles involved in the ramming incident.

“We are having these vehicles forensically examined to establish if there is a link,” he told our reporter.

The Superintendent said that gardaí are investigating a possible link between this and a separate incident at Rosebank Halting Site, Carrick-on-Shannon on Sunday afternoon.

Gardaí were called to the halting site at around 1pm on April 21 after a dispute arose between a group of young men. It is understood that tensions arose on the halting site after an alleged incident at the markets on the Boyle Road earlier that same day.

Local gardaí, assisted by members of the Regional Support Unit, attended the halting site and quickly dispersed the crowd. No arrests were made but a number of items including slash hooks, sledge hammers and hatchets were seized by gardaí.

Gardaí are now appealing for anyone who may have witnessed the road traffic incident in Carrick-on-Shannon on Monday night to contact them on (071) 9620021.