A shared future for Leitrim schools 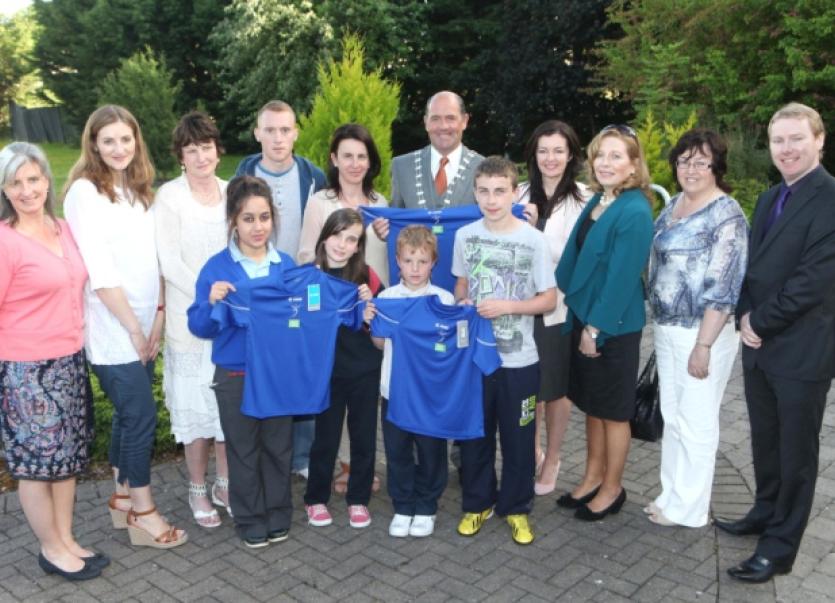 They were there to celebrate the achievements of two schools’ initiatives funded by the International Fund for Ireland with the aim of creating a shared future for people from both communities in Co. Leitrim.

Our History – Your History, a history booklet written by children for children was launched as part of a two-year Twin Traditions Initiative.

Administered by Carrick-on-Shannon Heritage Group, the Twin Traditions initiative is a cross-community programme aimed at advancing trust and understanding between both traditions in Leitrim and on a cross border basis in Enniskillen in Fermanagh by engaging a broad cross section of the two communities in training programmes incorporating historical research, drama and photography.

The result is a beautiful booklet that brings to life the shared history of the area based on recreated diaries and storylines of people who lived in Leitrim through the centuries.

At the launch, pupils representing each school took centre stage to provide a short address about different aspects of the programme.

Pupils from the four schools were also presented with special medals and football kits in recognition of their participation in Goal for Peace, a project that integrates children from schools and football clubs from both traditions through the medium of sport, primarily soccer.

The project is currently in its third year with 180 children taking part from ten schools – eight from Leitrim and two from Fermanagh.

The Twin Traditions initiative and Goal for Peace are funded by the International Fund for Ireland (IFI) under its Community Based Economic and Social Regeneration Programme.