Register now for the Endurance Challenge 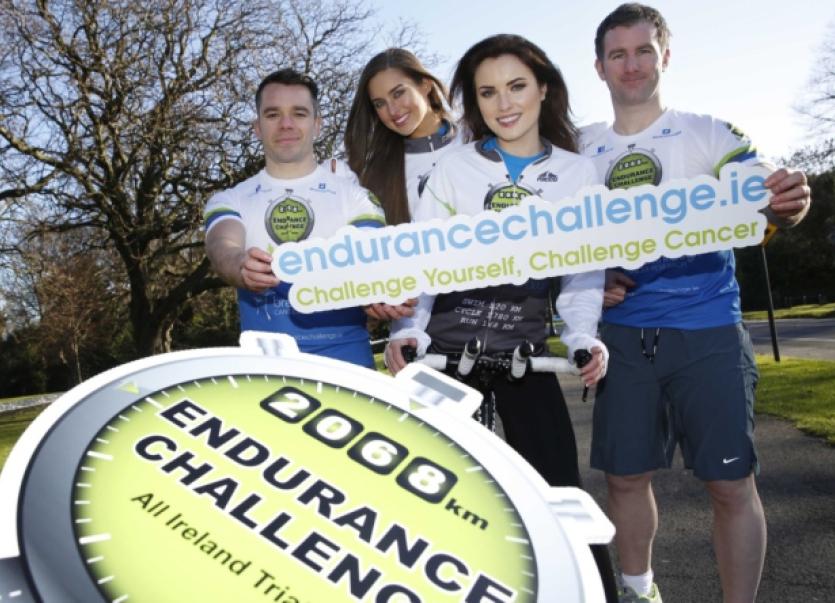 Join in the Endurance Challenge 2068km, Irelands biggest ever endurance event series, which will take place throughout the country in August 2014 in aid of Breakthrough Cancer Research.

Join in the Endurance Challenge 2068km, Irelands biggest ever endurance event series, which will take place throughout the country in August 2014 in aid of Breakthrough Cancer Research.

Endurance Challenge 2068km was started by James Colbert and Sean Buckley, who plan to undertake a record triathlon feat by completing the entire 2068km of the Challenge in just 22 days.

The event is in memory of Sean’s father, John Buckley, who passed away from cancer last year.

Four consecutive marathons will take place in each province.

The Endurance Challenge 2,068km team will swim 120 km of the River Shannon. A section of this swim will be open to the public.

Anyone can participate in Endurance Challenge 2068km. Volunteers are also needed at each run, cycle and swim.

Register by logging onto www.endurancechallenge.ie or for information on Breakthrough Cancer Research, see www.breakthroughcancerresearch.ie