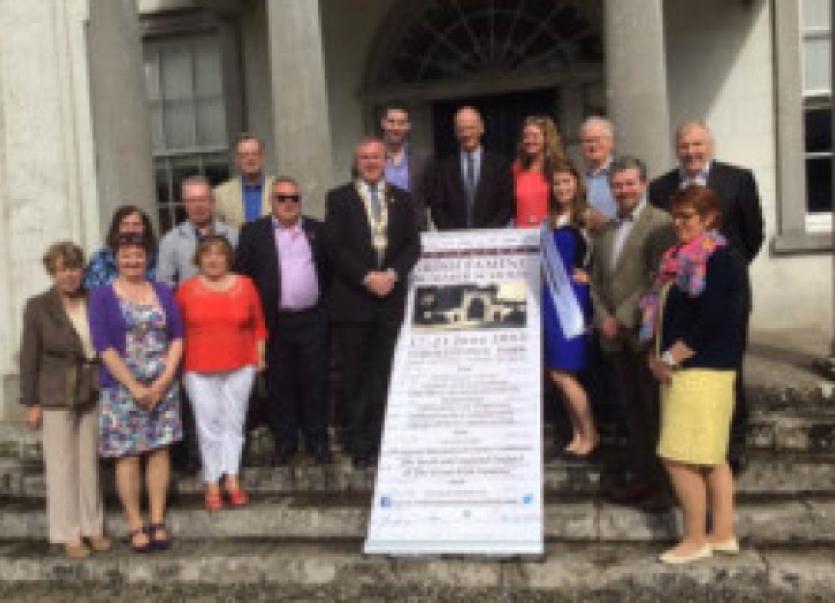 Following the success of the annual International Famine Conference and the hosting of the National Famine Commemoration in May plans are now under way for an inaugural Irish Famine Summer School at Strokestown in June 2015.

Following the success of the annual International Famine Conference and the hosting of the National Famine Commemoration in May plans are now under way for an inaugural Irish Famine Summer School at Strokestown in June 2015.

This unique initiative, the first of its kind, aims to bring together academics, writers, historians, members of the diaspora and indeed everyone with an interest in the Great Irish Famine. While the salient facts of the Famine are well known, more than a million people died and more than a million people emigrated in the short period 1845-51, the Irish National Famine Museum at Strokestown, in conjunction with NUI Maynooth are leading cutting edge research into many of the lesser known aspects of the period.

The Strokestown Park Archive of course is one of the largest collections of Famine papers in existence with more than 50,000 documents, many of which describe the day to day life of the people of Roscommon during Irelands greatest social catastrophe.

The summer school is a joint initiative between the Irish National Famine Museum, Strokestown Community Development Association, Roscommon County Council and the Centre for the Study of Historic Irish Houses & Estates at NUI Maynooth.

The school will also be supported in 2015 by Ireland’s Great Hunger Institute at Quinnipiac University and St Michaels College, University of Toronto. The school which will run from 17-21 June 2015 will include lectures, workshops, drama and music, while afternoon excursions will take in many of the historic sites of county Roscommon. The school will conclude with the hosting of the Fourth International Famine Conference which will examine the local and regional impact of the Great Famine.

During the Roses of Tralee visit to Strokestown the organisers were delighted to ask the Toronto Rose, Katie Blundell to join the Roscommon Cathaoirleach John Cummins to officially launch the Irish Famine Summer School especially as she was a student at the University of Toronto under Dr Mark Mc Gowan who is associated with the Summer School.

Speaking at the launch Dr Ciarán Reilly of NUI Maynooth stated that the summer school is “an exciting venture, which aims to bring together everyone with an interest in the Great Irish Famine. It is further proof of the collaborative efforts between NUI Maynooth and Strokestown over the last four years in bringing the Famine to the forefront of Irish historical research”. Caroilin Callery, Director of Strokestown Park and member of the Community Development Association commented that ‘“this exceptional project has been built directly on the Strokestown Gathering 2013 and Commemoration 2014, not only has it huge potential but is a shining example of the synergy that can be created when a community comes together to work closely with the private sector and local officials. We have had huge interest already both nationally and internationally.

“Recently many new discussions and debates are beginning to happen and the Irish Famine Summer School will be very much at the heart of this. “