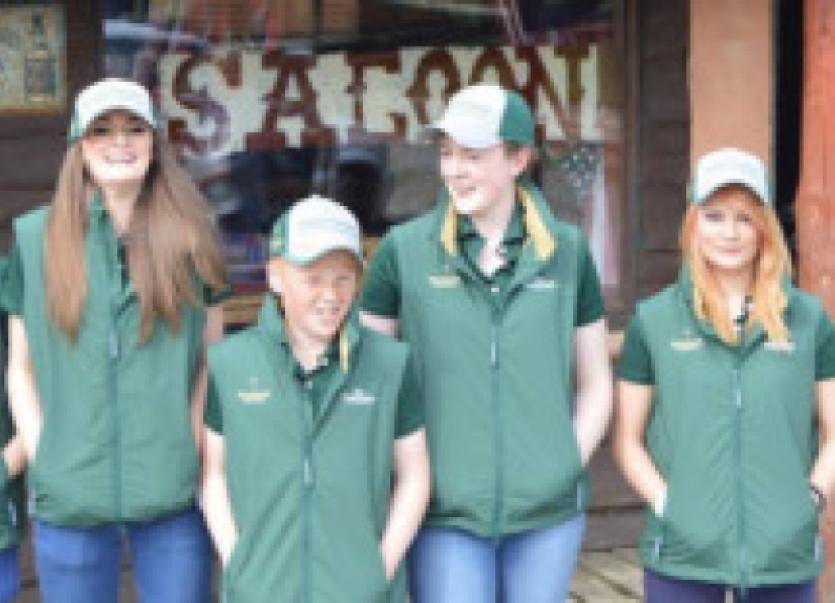 Two of the team are from Leitrim - Ella Thomas and Jade Huxtable, while Nicola Devine lives not far from Carrick-on-Shannon in Co Roscommon.

The youth team aged between 13-17 years are excited and proud to be chosen to compete at the World Cup for Ireland and are very grateful to their sponsors and supporters who have enabled the trip to become a reality.

Head Western Riding Instructor, Ron Weisz said the venue has welcomed Western Rising World Champions to teach children this year. Weisz who is the Chairman of The Irish Quarter Horse Association told the Leitrim Observer at the launch of the Cowboys and Heroes Festival on June 25 that there is a huge interest in Western Riding and a large number of children learn the basic and advanced skills every Saturday at Drumcoura.

The team at Drumcoura wish their youth competitors every success in Texas on July 12, 13 and 14.

The team are sponsored by the clothing company Horseware Ireland, and each of the youths have done extensive fundraising locally to make this once in a lifetime trip a reality.

More information on the American Quarter Horse Youth World Cup 2014 can be found at www.ywc2014.com