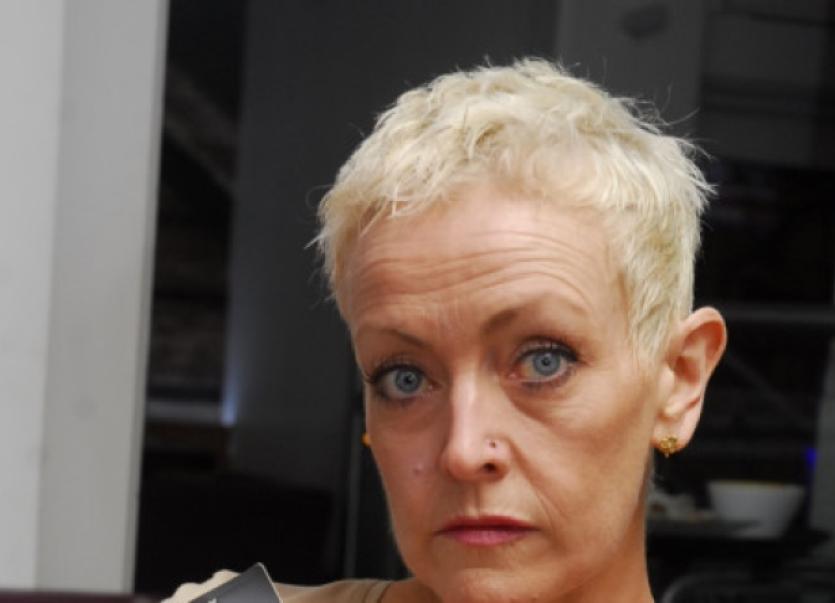 The mother of Amy Fitzpatrick, who went missing close to Mijas Costa near Malaga in south Spain almost seven years ago has urged the people of County Leitrim to assist her in keeping her daughter’s face in the public eye. Audrey Fitzpatrick, originally from Donaghamede, County Dublin but now residing in Carrick-on-Shannon, has agreed a deal with Mulvey’s Bookshop on Main Street to stock copies of Please Find My Amy, a book which documents Audrey’s attempts to locate her missing daughter.

The mother of Amy Fitzpatrick, who went missing close to Mijas Costa near Malaga in south Spain almost seven years ago has urged the people of County Leitrim to assist her in keeping her daughter’s face in the public eye. Audrey Fitzpatrick, originally from Donaghamede, County Dublin but now residing in Carrick-on-Shannon, has agreed a deal with Mulvey’s Bookshop on Main Street to stock copies of Please Find My Amy, a book which documents Audrey’s attempts to locate her missing daughter.

Amy, then 15-years-old, disappeared on New Year’s Day 2008 after she had been helping baby-sit a friend’s brother at a house in Mijas Costa. Amy left her friend’s house that night but never returned to her home at Riviera del Sol near Fuengirola, about 30km south of Malaga. Following over six years of desperate attempts to find anyone who may have concrete evidence of Amy’s whereabouts, Audrey and her partner Dave’s search continues.

Explaining the reasons for releasing the book in 2012, which was written with assistance from The Star’s Crime Correspondent Michael O’Toole, Audrey says: “Writing the book was for publicity more than anything else because we had exhausted ourselves with everything else we had done. We did so many campaigns since Amy went missing. From poster campaigns with Amy’s face on billboards and bus stops, we had walks, masses and vigils. We made up badges and gave them out to TDs, TV personalities and anyone in the public eye who would take one really. It was all about draw attention, publicising the campaign and keeping Amy’s face in the public eye.

“We got to the stage that we just felt that rather than it just be about reading about Amy’s story in a tabloid, that people could now read the actual story in its whole.”

With a book in the pipeline and ideas exchanged, Audrey then approached Michael about helping them with putting the publication together. “We approached him because we had known Mick from the beginning. He was one of the Irish reporters that came over to Spain around the time Amy disappeared. We made quite a few friends in the national media around that time so for whatever reason, we just clicked with Mick.”

The media attention from both home and abroad was quite intense following Amy’s disappearance. Luckily, Audrey was assisted and advised on how to act in front of reporters and photographers by a local translator. Audrey explained: “It was very scary because you didn’t really know how to react at first. Even now when a camera is put in front of me, I don’t smile because people will wonder what I have to smile about. Even if we are out for a drink, you feel that people wonder the same.

“We were given lessons by Franco Rey, a former actor and reporter who was a translator at the local police station in Feungirola. We were given a few tips by him, for instance don’t wear your sunglasses when you’re coming out of the police station because people will think you’re trying to hide something, don’t smile etc. You get annoyed sometimes because you still want to be normal and be yourself but you then realise you’re being given good advice. He (Franco) was a very, very big help to us.”

With Audrey moving west, the campaign has now found its new base in Carrick-on-Shannon. And although not being initially aware of how busy the town can be with tourists coming and going to and from the town, Audrey quickly realised the potential of so many new faces being exposed to the book.

“We’re continuing the campaign in Leitrim now because this is where we are living. Mulvey’s kindly agreed to put the book on their shelves after I approached them. We actually didn’t realise the amount of tourists that visit Carrick that come not just from across Ireland, but also from further afield. Mulvey’s would be one of the bigger tourist shops in the town and with Spanish, French and American tourists visiting here, we knew Mulvey’s would be an ideal place to sell the book from as people can become familiar with Amy’s face once again.”

Looking to the future and the next step for the campaign, Audrey says she wishes to establish a more enduring memorial for Amy, closer to where she went missing.

Audrey has also urged anyone who may have any ideas of how to help publicise her campaign to contact her through www.searchforamy.com. Please Find My Amy will be available for purchase from Mulvey’s on Main Street in the very near future.