Young Leitrim scientists get ready to showcase their skills 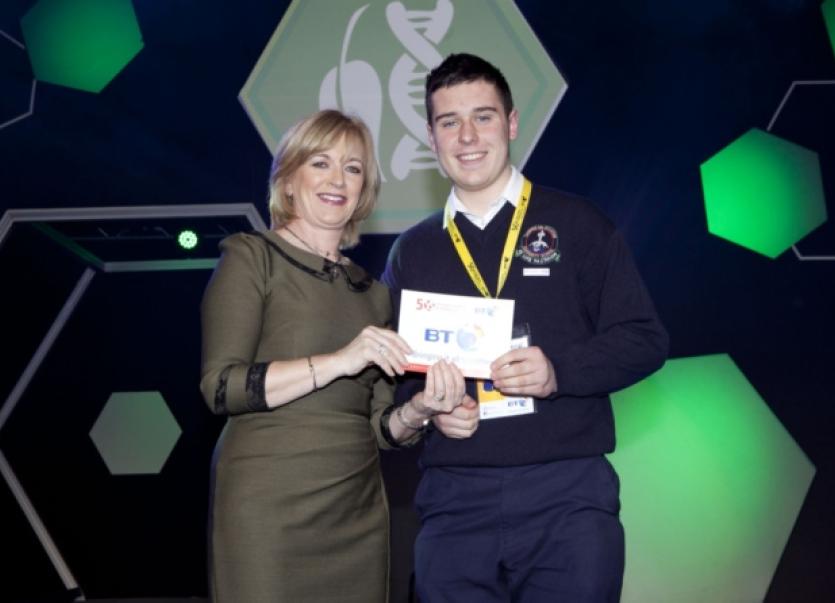 Three schools from County Leitrim will take part in next year’s BT Young Scientist and Technology Exhibition which is due to take place at the RDS in Dublin between the 7th and 10th of January next.

Three schools from County Leitrim will take part in next year’s BT Young Scientist and Technology Exhibition which is due to take place at the RDS in Dublin between the 7th and 10th of January next.

Students from Ballinamore Community School, Carrick-on-Shannon Community School and St Clare’s Comprehensive School in Manorhamilton will all enter their respective projects to the exhibition which this year celebrates its 51st year.

This project is entered at the Intermediate level of the Biological and Ecological category by Conor McGrath and is overseen by his teacher Eamon Geoghegan.

Patrick Sweeney, Chloe Daniels and Annette Moran will represent Carrick-on-Shannon Community School at the same level with their project ‘Birdsong and Music’, which investigates connections between African and Irish music through Fourier transform. The trio will present their exhibit under the guide of their teacher Jacqueline Walsh.

Meanwhile Emer Clancy, Niamh McInerney and Aoife Feeney will represent St Clare’s in the first of two projects submitted by the school. Their study is entitled ‘Investigating the different sequences, patterns and key changes in popular music and how it differs in the success of the song’.

The project will explore factors which may make a song popular. This study has been entered at Senior level of the Chemical, Physical and Mathematical Sciences category and is under the tuition of Edel McPhelim.

The second entry from St Clare’s is entered in the same category and is named ‘TEG Phone Charger’. The work investigates whether a phone charger powered by burning material for use in areas with inconsistent power would be feasible or not. This project is entered by Ciaran Gordon and will also be overseen by Ms McPhelim.