Glenfarne comes out tops in Pride of Place Awards 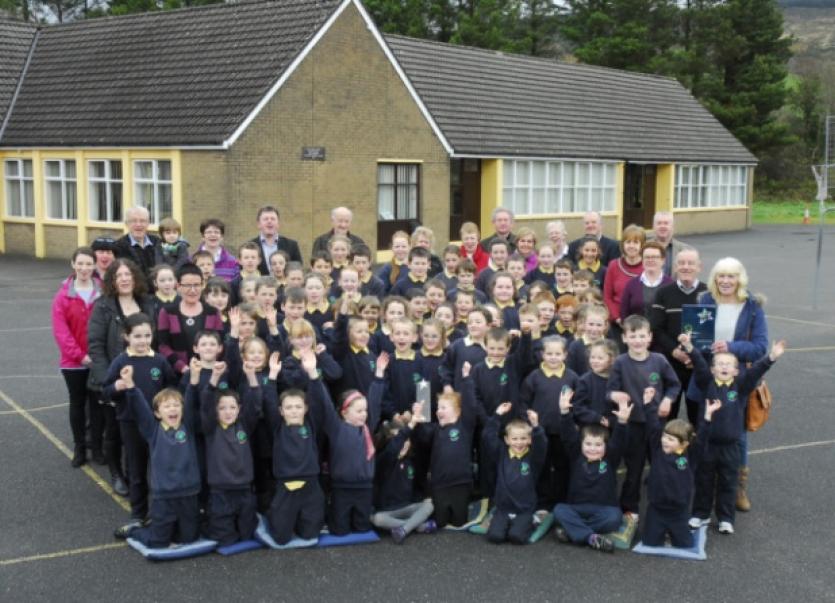 There was plenty to smile about in the close knit north Leitrim community of Glenfarne this week, after it scooped one of the top prizes in the annual IPB Co-operation Ireland Pride of Place Awards announced on Saturday, November 15 in Treacy’s West County Hotel, Ennis, Co Clare.

There was plenty to smile about in the close knit north Leitrim community of Glenfarne this week, after it scooped one of the top prizes in the annual IPB Co-operation Ireland Pride of Place Awards announced on Saturday, November 15 in Treacy’s West County Hotel, Ennis, Co Clare.

Glenfarne won the top prize in Category one, for populations of up to 250 people.

Speaking about Glenfarne, the Judges said they really enjoyed their visit to “this warm and welcoming remote community in a lovely scenic area in north Leitrim”.

“Crucially this community recognises the value of its many wonderful environmental and cultural assets and realise the importance of making them work for the benefit of the whole community. To their great credit the community has restored for community and cultural use the iconic ‘Ballroom of Romance’ which is justifiably a great source of pride in the area. The plans for the future of Glenfarne are very exciting indeed,” noted the Judges in a glowing report of the area.

Glenfarne and Dromod had been selected by Leitrim County Council to represent Co Leitrim for this year’s Pride of Place Awards. More than 800 people attended the gala ceremony to hear the announcement of the winners and runners up in the 12th Annual IPB Awards in association with Co-operation Ireland.

Speaking to the Leitrim Observer following the win, Cllr Sean McDermott, who also spoke on behalf of the Glenfarne Community Development Trust, said that everyone was delighted to see all their hard work pay off.

“When the judges visited Glenfarne in August we showed the Forest Lake amenity, the Railway Station and explained the Boleybrack Project to them. I think the clincher for us was the Ballroom of Romance. The judges were very taken with the redevelopment of the centre and were also very impressed by the many local organisations who came to display local craft, art and products on the day,” he said.

The Judges were also treated to performances from local dancers and musicians in The Rainbow.

“It was a real community effort from the hard work put in by the Glenfarne Community Development Trust, through to the many volunteers and other community groups who came forward and got involved right up to and including the day of judging and I think that made a huge difference,” said Cllr McDermott.

“This a hugely significant achievement for Glenfarne and for Co Leitrim. It’s not too often that Co Leitrim, or Glenfarne for that matter, win an All-Ireland. This is something for us to be proud of and the fact that a small area like Glenfarne has been so successful, will hopefully inspire other small communities,” said Cllr McDermott.

He praised fellow Co Leitrim representatives, Dromod and said that Leitrim had every right to be very immensely proud of its representatives in this year’s IPB Co-operation Ireland Pride of Place Awards.