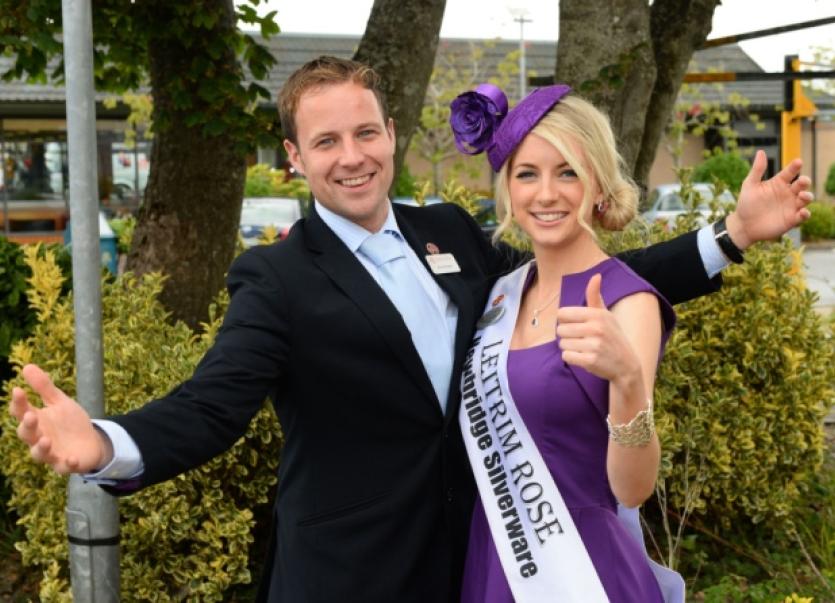 Edwina is most proud of getting ‘Leitrim’ trending on twitter after her stage interview on the Rose of Tralee.

Edwina is most proud of getting ‘Leitrim’ trending on twitter after her stage interview on the Rose of Tralee.

Despite being the bookies favourite, receiving celebrity support, and being the most obvious candidate for the crown last Tuesday night, she was pipped at the post by Haley O’Sullivan, the Texas Rose.

“It is hard to know what they were looking for” Edwina tells the Leitrim Observer. She said it being the year of the Gathering it was probably more likely they would go for an international rose, and she said the fact Leitrim “is not a big county and money wise would not be the best” probably worked against her.

Edwina said when the results were announced on stage Tuesday night, she was disappointed, but not because she didn’t win, because “it was all over.”

Edwina described the past two weeks as “mental,” a whirl wind of balls and parades, big gowns, hats, late nights, early mornings and a lot of laughs.

She said she was delighted with the large Leitrim contingent in the Dome and she enjoyed her on stage interview, “it went so quick, I wanted to promote Leitrim and I think I did that.” Edwina said she barely got to see her family in Tralee so it was great to see everyone cheering in the Dome.”

Edwina is proud that her appearance got Leitrim trending on Twitter and she was over the moon with Chris O’Dowd’s support for her. Singer Shane Filan asked to have his picture with her and a host of other celebs gave her their backing including former Rose of Tralee Aoibhinn Ni Shuilleabhain who tweeted “Leitrim for Rose”! The Leitrim Rose Facebook page jumped from 1200 fans to over 2000 in less than 24 hours.

Edwina said her phone went from 100% full to dead in 20 minutes after appearance!

She had huge praise for her escort Jonny Mc Gailey who was awarded Escort of the Year 2013. She said she already misses him for looking after her handbag on nights out and for catching her when she falls and his handy pack full of bits to keep her going. She said he was an excellent singer and really impressed all the other Roses.

The winner of the Rose of Tralee Haley O’Sullivan, from Texas was described as “lovely and humble” by Edwina. She said the controversy with O’Sullivan written on the trophy on Monday “ruined it on her.”

Edwina said five previous O’Sullivans had won the Rose of Tralee before so it “is a very popular name.”

She said the Rose Tour and Rose of Tralee events were the most glamorous and best experiences of her life, but it wasn’t just Edwina having a good time. “My supporters seemed to enjoy every minute too” she commented.

Edwina was matched up with the Munster Bar, across from The Dome and each evening the owner welcomed the Leitrim crowd and Edwina with food and great craic. Edwina said she was bowled over by the support in Tralee, at home and around the country that she received.

“It is quite depressing that it is over” she said, the Irish Roses are already organising a reunion. “You really do make friends for life” she noted.

Edwina said she could not recommend girls to go for the Rose of Tralee enough. She called it “an experience of a lifetime.”

Despite the end of the Rose of Tralee, Edwina is not just settling back into a boring mundane life. This week she returns to the set of Ken Loach’s movie Jimmy Gralton where she is choreographing the dance routines. Although Edwina does not have a teaching job to return to this September, she said she is happy to take the time to explore some things she wants to do.

We don’t think this will be the last you see of our Edwina!

Edwina’s official homecoming will be this Saturday, August 31st in Drumsna at 1.30pm.

The event will be marked by the planting of a Rose bush performed by Edwina on the Fairgreen, and then everyone will set off to the Annual Jamestown Drumsna Shannon Swim.