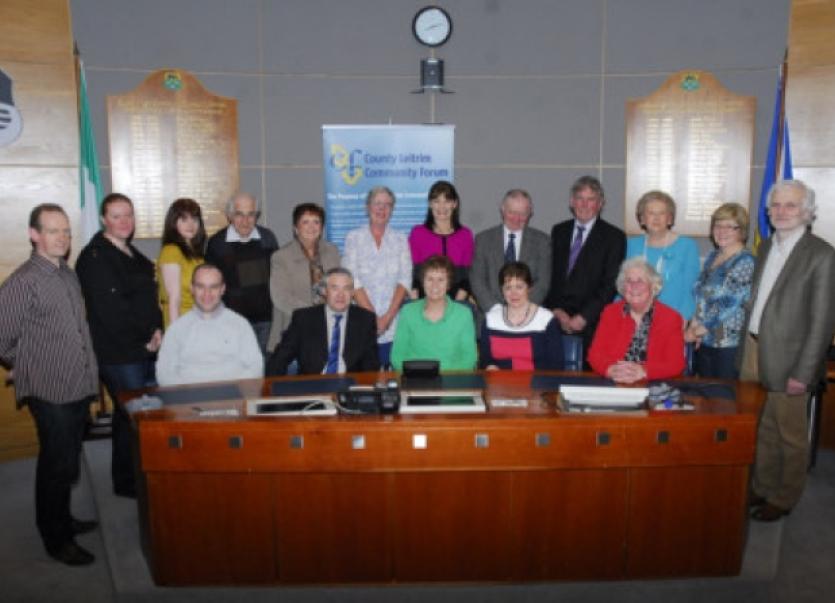 The members of Leitrim Community Forum were delighted to have had the opportunity of being addressed by the departing County Manager Jackie Maguire on Monday night of last week.

The members of Leitrim Community Forum were delighted to have had the opportunity of being addressed by the departing County Manager Jackie Maguire on Monday night of last week.

The Manager moves this week to take up a similar position in her native County of Meath after seven years of service in Leitrim.

She began her wide-ranging address by telling the audience that she loved doing her job in Leitrim and interacting with so many people who worked in a voluntary capacity to ensure that the voice of the community was being heard. Her approach was to based on working in partnership and facilitating two way communication which was vital to ensure an inclusive programme.

She spoke of the changes in the area of Local Government which are already in operation or about to kick in. There will not be any County Development Board in future as it’s role will be assumed by the proposed Social and Economic Committee. The County Enterprise Boards are also being wound down this year.

The Councils are about to lose control of water provision services and care needs to be taken that this does not have an adverse effect on the location of businesses.

In relation to all those matters the community voice needs to be strong and to be heard.

Funding of Local Government is also undergoing change. Over the past five years the government contribution has been reduced each successive year. In the case of Leitrim this has seen a drop from €42m to 39m. The upcoming Property Tax should make a difference . She also mentioned that Peace funding under Peace 3 would end this year and it may be up to eighteen months before the next programme is ready to begin.

She referred to the strengths of Leitrim in relation to economic activity and stressed the value of tourism. This gave rise to questions in relation to the possible threat from “fracking” but the Manager emphasised that there is no immediate danger of this activity taking place here.

The Government will ensure the most rigorous examination of all aspects in relation to possible threats to the environment before permission is given to commence this method of gas extraction. She estimated that this will take two or even three years.

There were a number of additional questions in relation to matters such as water charges and the effect on group water schemes before the Chairman brought the meeting to a close by expressing the appreciation of all members and of the various voluntary bodies represented for the work done by Jackie Maguire during her seven years as County Manager in Leitrim and wishing her all the best in her ongoing career.