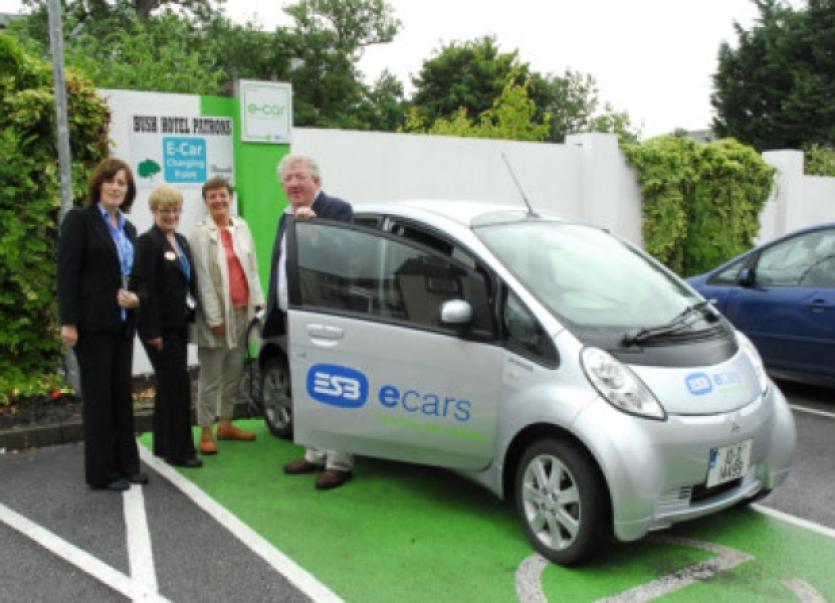 Marie Lowe is turning heads and changing minds everywhere she goes in the first Leitrim Electric Car to hit the county’s roads.

Marie Lowe is turning heads and changing minds everywhere she goes in the first Leitrim Electric Car to hit the county’s roads.

You may have spotted a silver Mitzubishi i-MiEV zipping around the roads of Leitrim for the past month, it could have been the lone car recharging at one of the county’s charge points, it may have overtaken you on the N4 or it could have quickly and quietly took that parking space you had your eye on!

Leitrim’s E-Car Ambassador Marie has been road testing the electric car on Leitrim roads as part of the ESB Great Electric Drive. Marie is one of 21 ambassadors driving a courtesy car since the end of June, and a month in, she is loving every part of the experience. If there was one woman to promote electric cars, Marie Lowe is the one, her home energy is run by a wind mill and she loves the environmental and economic benefits of cutting down on carbon emissions.

The automatic car, has plenty of “lift” Marie said and it nudges you towards a more “economical speed” which makes our roads a safer place to drive. “There is no less power” Marie states, she said she has reached up to 135kmph in her Mitzubishi i-MiEV, the road handling is “excellent” and it has “no problem with hills or potholes” which is important for Leitrim drivers. She said there is “plenty of leg room for four adults” and it also has space for a boot.

The engine, lights, heating and radio are run off the battery which can be charged at home or at public outlets. A full charge can be achieved over 6 hours from the home charger, while a fast 20 minutes charge will give you 80% battery. Marie, who makes a 12km trip from Carrick to her home in Jamestown five days a week as an adult education teacher said her week’s driving would cost just 90c in her electric car. She estimates that a driver spending €50 diesel a week could get by spending just €5 on electricity in their E-Car. That figure alone is sure to make people think twice about converting to electricity, without adding the environmental benefits.

The only setback to the E-car is that you have to plan your long distance trip. The E-Car usually can travel for 120km, so a drive to Dublin will involve a stop over, but “how many times a year do you do that?” asks Marie.

The E-car would suit most people who live within 30km of work. Marie said there is an interest in E-cars is in Leitrim, but people just need to be brave and make the change!