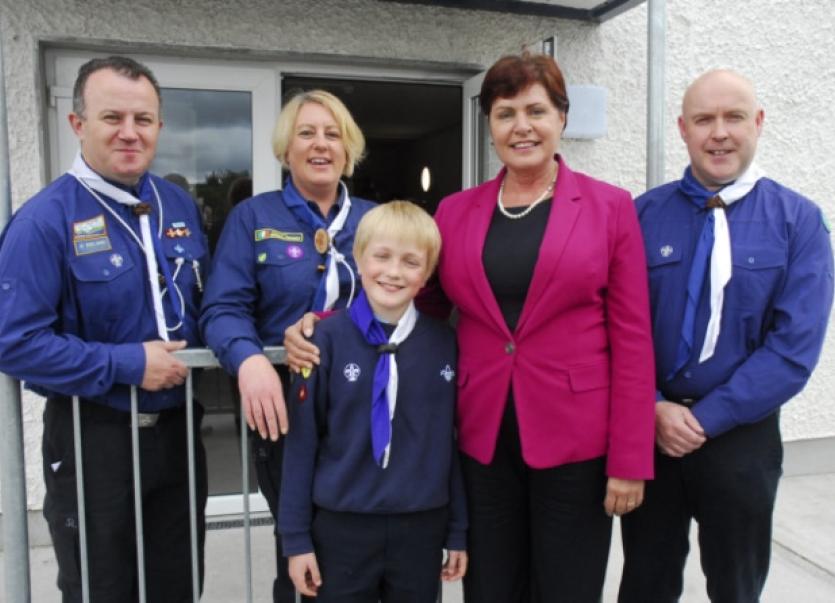 The New Minister of State in the Department of Agriculture and the Marine and also the Department of Transport, Tourism and Sport, Deputy Anne Phelan has pledged to work for rural development and praised all those invovled in Leader companies for their invaluable contribution to rural communities.

The New Minister of State in the Department of Agriculture and the Marine and also the Department of Transport, Tourism and Sport, Deputy Anne Phelan has pledged to work for rural development and praised all those invovled in Leader companies for their invaluable contribution to rural communities.

Minister Phelan made the comments at the official opening of the new Community Hall and Scout Den beside Ballinamore Sports Hall on Monday afternoon.

Over 50 people gathered for the official opening and speaking at the event, Minister Phelan acknowledged the effects of emigration and lack of employment in communities and the need to apply resources towards dealing with those difficulties.

The Kilkenny Labour TD stated that she would speedily approach her former constituency colleague Phil Hogan after his appointment is ratified this Thursday in order to ensure as large a portion as possible for Ireland from the EU.

She praised the various LEADER Companies throughout the country who had done so much good work up to now and also the voluntary effort which went into the completion of projects such as the new Ballinamore Hall/Scout Den.

Michael Dolan, Chairperson of Ballinamore Area Community Council Ltd, outlined how the Project came about and thanked all who were involved in bringing the project to fruition including Contractor Frank Maxwell Construction and sub contractors, architect - Noel Smith, Paddy Connaughton, Joe McGivern and Denis Dolan who helped with the design and planning of the project, the Scout leaders who had done such fine work in painting and decorating the building and the LDC. He mentioned in particular the RSS Scheme and it’s area co-ordinator Jimmy McGivern for the work they had done to prepare the Den for the official opening. He was particularly grateful for their continued support of Brian Smyth, former LDC CEO Tom Lavin and his successor Donal Fox and the Board.

Damien O’Brien spoke on behalf of First Leitrim Scouts which were established in 1931. He outlined the value of scouting as part of the education of young people and praised the many hours of work put in by Scout Leaders. He thanked the LDC and Ballinamore Area Community Council for having the foresight to build the facility.

Brian Smyth also spoke on behalf of LDC stressing the role of individual talents in contributing to overall development, before the building was jointly blessed by Fr Sean Mawn and Rev Linda Frost.