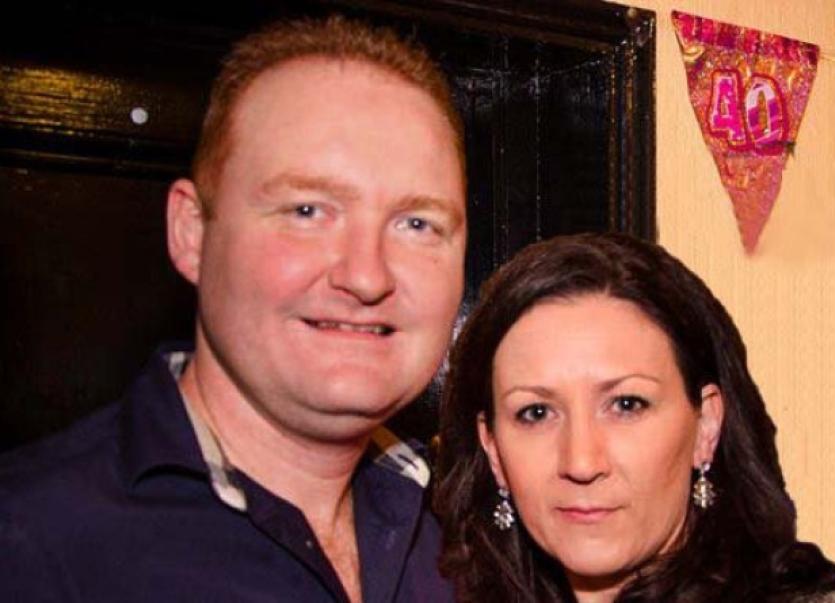 The community of Kilnagross and the surrounding areas have rallied around the McGovern family following news of the tragic death of the husband of former Annaghasna native Fiona McGovern.

The community of Kilnagross and the surrounding areas have rallied around the McGovern family following news of the tragic death of the husband of former Annaghasna native Fiona McGovern.

Exact details of what happened have not been made public but it is understood that Trevor became pinned under a beam of a mini crane at the Manhattan site. Despite quick responses from the emergency services they were unable to revive him and he was pronounced dead at the scene.

Trevor and Fiona have been married for ten years and have two girls, Lauren aged 7 and Zoe aged 8 who is due to make her first holy communion on Saturday, May 9.

Trevor had just celebrated his fortieth birthday at the family owned pub in Limerick over the Easter holidays with a large Leitrim contingent travelling to mark the occasion.

As news of his death became known on Friday afternoon, Irish time, neighbours and friend rallied around Fiona’s parents Frank and Anna McGovern at their home at Annaghasna while several of the family travelled to the Loftus home at Milltown, Croagh, just outside Adare, to comfort his family.

Fiona and the two girls had been living in Adare for the last four years while Trevor travelled back and forth from New York to Limerick as he ran his construction company Kenry Contracting.

Facebook quickly became flooded with messages of sympathy and memories of Trevor. Many who met him, during his many visits to Leitrim, will recall a hard working, dynamic man who had an easy laugh and who dearly loved his wife and girls.

It will be some comfort to them that people will remember a man who made an impression on all who he encountered, unwittingly becoming the centre of conversation; such was his huge personality and his love for life.

Fiona along with family members travelled to New York on Sunday and will return home with the remains on Thursday morning following which Trevor will be waked at the family home in Milltown, Croagh from 5-8pm. Funeral Mass will be celebrated the in Holy Trinity Abbey Church, Adare on Friday, May 1st at 11am with burial immediately afterwards in Adare cemetery.

Fiona and the McGovern and Loftus families are deeply grateful for all the words of comfort, assistance and support they have received during these difficult times.

Our sympathies are extended to both the Loftus and McGovern family. May he rest in peace.