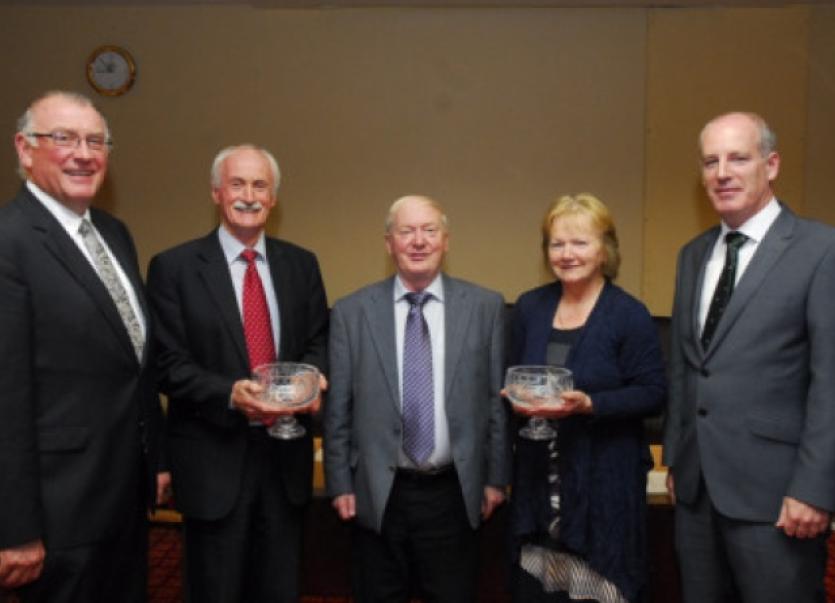 After decades of providing education, resulting in thousands of successful students, tributes were paid to those who contributed to the VEC.

After decades of providing education, resulting in thousands of successful students, tributes were paid to those who contributed to the VEC.

There was a poignant mood at the final meeting of Leitrim VEC on Monday, praise and thanks were paid to the past and present VEC Staff, the Principals and teachers of the VEC schools and the Committee members of Leitrim VEC for their enormous contribution to education in the county.

Damien Brennan and Cllr Mary Bohan were the longest serving members on the committee, they first joined in 1979. Both were presented with crystal trophies to mark their 34 years of service to the VEC.

Chairperson Damien Brennan thanked the dedicated staff of the VEC and noted a few outstanding past members who helped to progress the vocational education of the county. He said the committee represented “every town, village and area” of Leitrim and they had an “intimate relationship with the community” that he hopes will not be destroyed. “Each member brought their own interest and speciality” and he said despite politics they all worked together for a common goal”. Mary Bohan said it was a “great privilege to sit on Leitrim VEC.” She said she hopes that small areas will be treated fair in the new ETB and that Leitrim will be fairly represented.

New CEO Seosamh MacDonncha paid tribute to everyone who contributed to the VEC down through the years. Martin Fallon thanked everyone who supported him and helped him in his short time as Acting CEO. Legendary former CEO John Blunnie returned to the meeting and gave a history of his time as Chief Executive and number of positive changes he oversaw at the helm. He paid tribute to the “wonderful legacy” of the VEC and spoke about Mary Bohan and Damien Brennan in high esteem, noting their passion and dedication to education. He said over the years millions of euro was granted by the VEC to help Leitrim students in third level education.

It was a bitter goodbye with Sean Wynne calling it a “bad day for Leitrim” and Cllr Francie Gilmartin predicting that they will “destroy” the VEC system. Cllr Enda Stenson was left with unanswered questions about who will “fight and work for Leitrim like Mr Blunnie and Mr Fallon” had done.

It was Chairman Damien Brennan who had the last word on Monday evening when he declared the final meeting of Leitrim VEC “now finished.” The new ETB takes over responsibility on July 1.