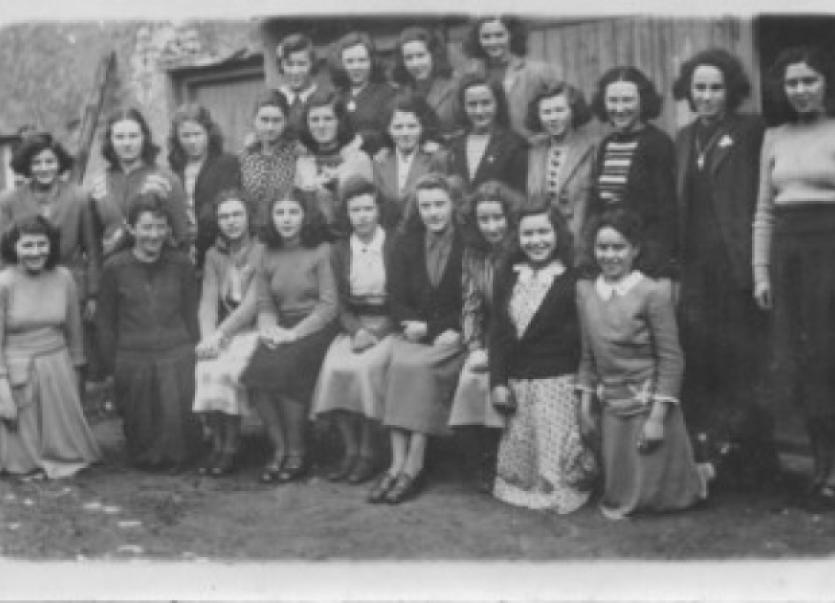 There is no written record of Mrs Creamer’s Private School in Ballinamore from 1940 -1954, only memories.

There is no written record of Mrs Creamer’s Private School in Ballinamore from 1940 -1954, only memories.

The family of Maureen Creamer ( nee Gallagher), decided to make a written record of their mother’s private school in Ballinamore, using first person accounts and any written evidence they could find, from former students living locally.

“Very little remains, but we have found some material thanks to the cooperation of her remaining ex-students. In this way we have put together an account of the school. The National Archives of Ireland, the Department of Education and the National Library Archives have informed us that they have no records of private schools from this time,” the family told the paper.

In Co. Leitrim, there was a great deal of poverty, with a large number of small farmers subsisting on rocky and mountainous terrain.

The national schools played a vital educational role, providing children with at least the basics of the three ‘Rs’ of writing, reading and arithmetic. It was not uncommon for children to remain at national school to the age of fourteen, thus gaining a bit of secondary education.

In the town of Ballinamore there were thriving national schools. The girls’ school run by the Sisters of Mercy, and the boys’ school which had a headmaster and assistant teacher.

Post primary education was not offered in the town until the vocational school started in the late 1940s. Mean Scoil Fatima girls secondary opened in 1954 followed by St Felims boys’ secondary in 1962. Therefore between 1940 and 1954 Maureen Gallagher Creamer’s school played an important role in the town.

It was a fee paying school, as were all secondary schools at the time, but as the only other option available to local families was sending their children to boarding schools, this provided an affordable alternative for many people. There were private schools of this type in other towns in Leitrim. Manorhamilton had ‘The Private School’ and Carrick-on-Shannon had ‘Miss Fox’s Private School’, as well as Mrs Lynch’s secondary school. These schools advertised regularly in the Leitrim Observer throughout the 1940s.

Maureen Gallagher opened her school in 1940. She had returned from a secondary school teaching post (in an unknown town in the southeast) to Ballinamore, in order to support her parents, who had gone bankrupt in 1940.

She advertised in the Leitrim Observer twice in that year.

Maureen worked from her family home on Main Street. The house was quite large, so she was able to do this without too much disruption to the household.

The school opened in the ground floor front room of what later became her sister Joan’s house. The information available about this is sketchy, as she may later have moved to use the upstairs front two rooms.

Mrs Eileen Maguire remembers going up the front stairs, “We were in the first door on the right upstairs. It was a big room. There was a fireplace in it and the typewriter room was just off it.”

The house was split into two premises after Maureen married, so she moved to use another room at the back of the Creamer family home. Maureen ran two distinct departments in her school, and managed this by having discrete morning and afternoon sessions.

According to her ex-pupils, she taught business classes in the morning. These were typing, shorthand and bookkeeping, supplemented by English lessons. The afternoon was reserved for academic studies including English, Irish, Mathematics, Geography and preparation for co council scholarship and matriculation exams.

It was discovered during the interview process that she employed Rita McTeague from Aughnasheelin to teach Irish around 1942-1944.

Father Gus Layden of Drumlunnon, Ballinamore won a county council scholarship to St. Patrick’s College in Cavan. This was recorded in The Leitrim Observer in 1942. He attended Maureen’s school from 1941 -1942. The family know he was one of her students as she told them about him.

He occasionally visited Maureen’s daughter, Ruth, when she was a pupil in Loreto College Cavan, and often told her that had it not been for her mother he would not have had the opportunities he enjoyed.

Roma Creamer said, “Interviews were carried out with twelve ex pupils of the school. These people proved to be a great source of information and full of interesting stories about life in the 1940s and early 1950s.

“Hopefully this short history of the school will be of interest to them as well as other ex pupils and families, who may have a family member who benefitted from the school.”