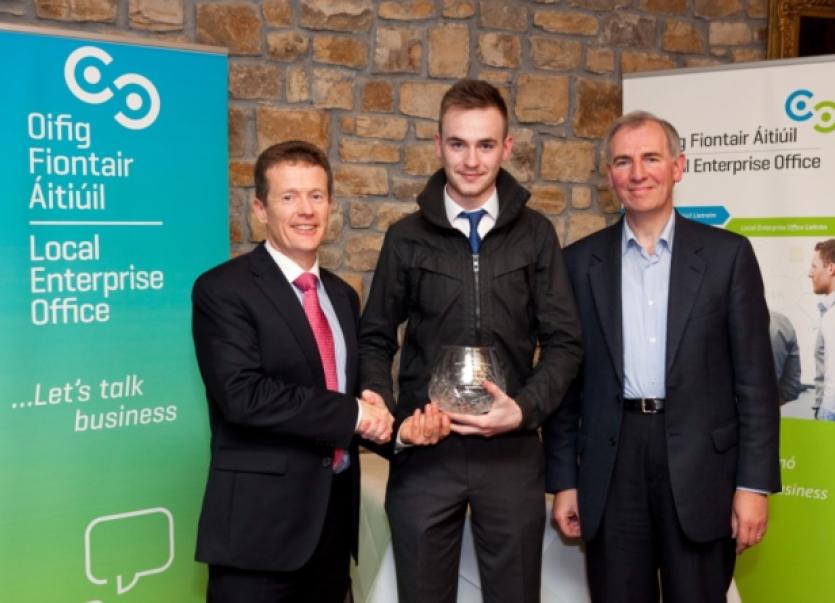 The County Leitrim winners of Ireland’s Best Young Entrepreneur were announced recently at an Awards Ceremony in Lough Rynn Castle.

The County Leitrim winners of Ireland’s Best Young Entrepreneur were announced recently at an Awards Ceremony in Lough Rynn Castle.

Open to entrepreneurs under 30 years of age, the competition was run in Co. Leitrim by the Local Enterprise Office.

The competition involved a Boot Camp, where training was provided on a variety of topics, one to one mentoring on specialist areas required and a business pitch and interview in front of a panel.

The competition had three categories for applications depending on the stage of business.

The categories were best new idea, best start-up, best established business with new add on– as well as an overall winner who will be Leitrim’s Best Young Entrepreneur.

With an impressive €50,000 investment fund (targeted at specific needs for the business) up for grabs, interest was strong in the competition.

The investment was €10,000 towards Best New Idea, and €20,000 towards each of the Best New Start up and Best established businesses with new add on.

There was a strong uptake in the IBYE Competition in Co. Leitrim with over 18 applications.

The quality of applications in each category was very high and applicants put forward a business plan as well as delivering a business pitch to the judging panel.

A timely invention with the introduction of water charges, Brian’s new business idea is currently in development stages and is certainly one to watch.

Richard has gained a full line dealership with Farmhand, the largest agricultural machinery importer and distributor in Ireland.

Wilson Machinery boasts an impressive workshop and spare parts sales facility with something to meet every need. To find out more check out www.wilsonmachinery.ie

Niall is based in The Hive, Leitrim’s Technology Enterprise Centre and has been operating Global Green Consultancy for the past three years.

His new venture is an add-on to the current business and will look at the rising energy costs faced by businesses and offer energy procurement and advice with the potential to create new jobs in Co. Leitrim.

Of the three winners, Brian Moran was picked as the overall Leitrim’s Best Young Entrepreneur of the Year.

Frank Curran, Chief Executive Officer, Leitrim County Council congratulated the winners and wished them well in the next stage of the competition.

Speaking at the event, Joe Lowe, Head of Local Enterprise said he was delighted with the uptake in the competition and the energy and enthusiasm of young entrepreneurs that Leitrim had to offer.

Winners in Co. Leitrim will proceed to the regional final, and three competitors will go forward from the region to the national final of Ireland’s Best Young Entrepreneur later this year.