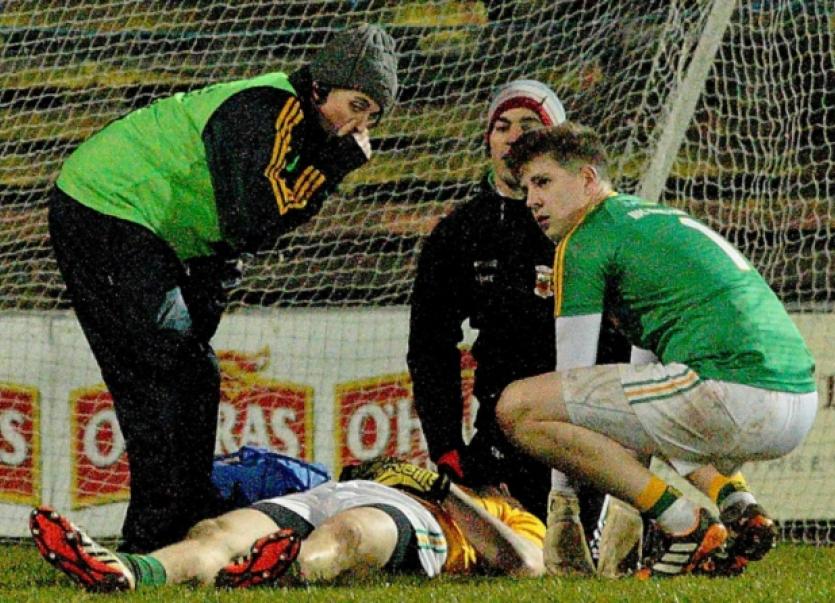 Leitrim GAA County Board have defended the Connacht GAA Council and the Mayo County Board after an injured Leitrim player was left lying on a field as officials waited for an ambulance for over 20 minutes in Castlebar.

Leitrim GAA County Board have defended the Connacht GAA Council and the Mayo County Board after an injured Leitrim player was left lying on a field as officials waited for an ambulance for over 20 minutes in Castlebar.

Leitrim full-back Gary Butler was injured in an accidental collision with a Mayo player and his own team-mate Brendan Flynn midway through the second half of last Wednesday’s Eirgrid Connacht U21 Championship clash between Mayo and Leitrim in McHale Park Castlebar.

While Leitrim and Mayo medical officials quickly tended to the injured Fenagh St. Caillin’s player, keeping him immobile on the field, the game had to be suspended for 23 minutes and the teams removed from the field while officials waited for an ambulance to arrive.

It contrasted with the Mayo v Dublin League game on Saturday evening when two ambulances were in attendance.

But Leitrim GAA County Board Chairman, Terence Boyle refused to condemn the absence of an ambulance in McHale Park for a game that attracted almost 1,000 spectators. Speaking to the Observer, Terence said “I wouldn’t be too critical of the Connacht Council or the Mayo GAA County Board for not having an ambulance at the game.

“Gary got first class treatment on the night from our own medical personnel and the Mayo team doctor and everything that could be done for Gary was done and he was taken to hospital as a purely precautionary measure.

“It is not physically possible to have an ambulance at every game and I don’t think the Connacht Council or the Mayo County Board did an awful lot wrong.”

However, the news that the Leitrim player was left lying on the field for 23 minutes did not meet with approval on twitter and Facebook with County Senior star Gary Reynolds tweeting “Lets hope Gary Butler is Ok & on the mend, not sure as to why no medic/ambulance were in attendance, Q’s to be answered.”

On Facebook, Colm Clarke wrote “How there was not paramedics or an ambulance on site is beyond me, 20 min wait for an ambulance from a hospital 1 minute away is nothing short of a disgrace.”

However, there was a defence for the ambulance service with paramedic Ian McGreevy commenting “I was at the game and it is solely down to the GAA and solely the Connaught Council for having the correct medical personnel in place to deal with such an incident which would have been the Civil Defence, the Red Cross, the Order of Malta or any private ambulance.”