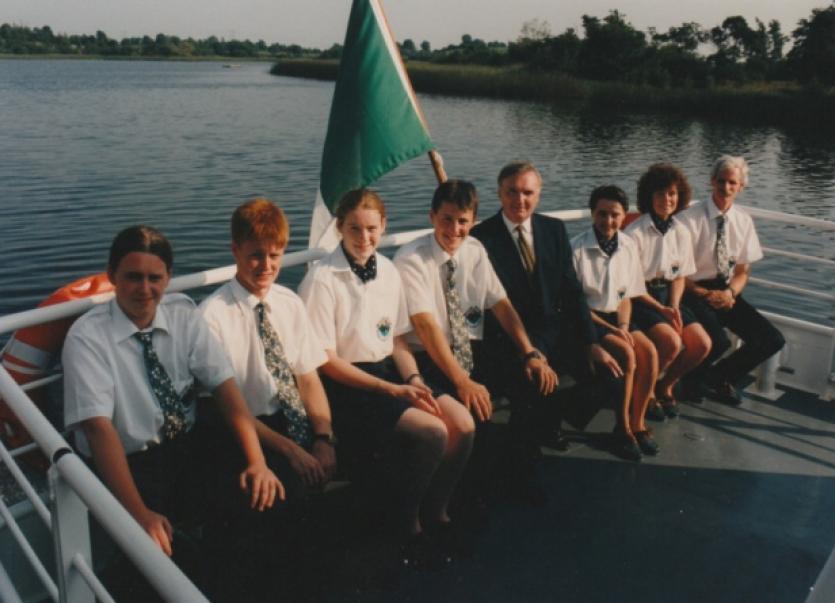 How time has flown! It is exactly 20 years since the famous Moon River pleasure cruiser was launched on the River Shannon.

How time has flown! It is exactly 20 years since the famous Moon River pleasure cruiser was launched on the River Shannon.

The monumental effort to launch the boat is still talked about in the county town. The 50 tonne steel boat was moved just 250 yards from its construction site to its berth at the quayside.

Costing £300,000 at the time, it was the first of its kind, a unique vessel that opened up a different type of entertainment to the region.

Since that historic day, owner, Gerry Murtagh estimates that close on 600,000 people have boarded the boat to enjoy a cruise on the Shannon.

Moon River has catered for so many people and so many events over the years. It has hosted numerous weddings, two funerals, as well as every party conceivable with many, many memorable excursions.

Moon River has become a part of the landscape in Carrick-on-Shannon, one of the most recognisable features in the town, an iconic tourism facility for a lot of providers in the area.

Gerry said he is indebted to all his family and the many people who crewed Moon River over the years. They were the people responsible for its success, he said.

He affords particular appreciation to skipper Donncha Kennedy who was with them for most of the 20 years.

To celebrate there are FREE TRIPS taking place. See details below.