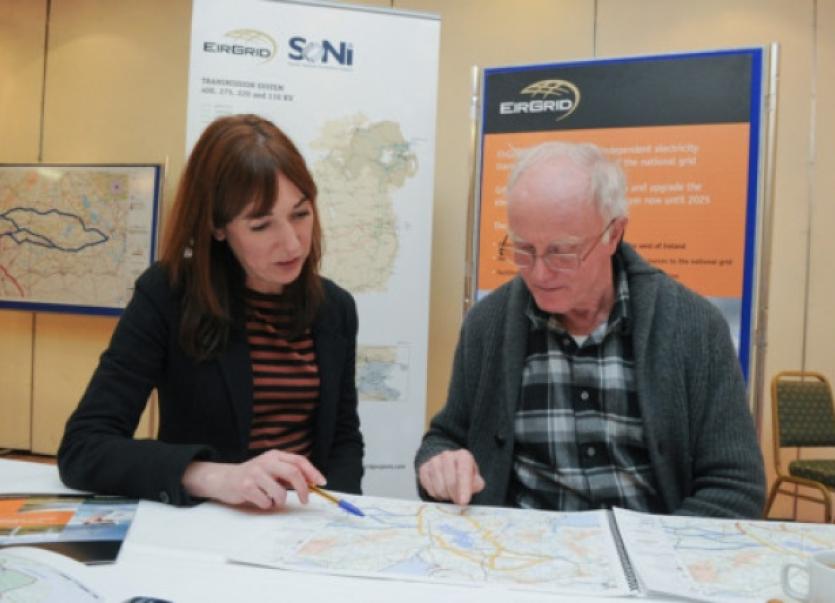 EirGrid held a series of open days across the west on potential route corridors for the Grid West project, including days in Ballaghaderreen and Carrick-on-Shannon.

EirGrid held a series of open days across the west on potential route corridors for the Grid West project, including days in Ballaghaderreen and Carrick-on-Shannon.

The Stage 1 Report, a significant milestone on the Grid West project, was published last month, bringing forward, for the first time, details of potential route corridors that could accommodate this significant infrastructure development in the west of Ireland. The open days were only one of the channels through which the public can input on the Grid West project and EirGrid is now continuing to actively seek feedback and engagement from the public and communities in the west on the work that has been carried out to date on the project.

Alan McHugh, the Grid West Project Manager said that EirGrid was pleased with the level of interest shown by members of the public in the development of the project to date.

“We have had very good attendances across the region. Even more importantly, we have seen a step change in the level of engagement from the public in relation to the potential corridors we have published. We welcome this early contact with individuals and communities across the region because we want as many people as possible to be fully aware of the project and to participate in the consultation process.

“At this stage no decisions have been made and all information received from people living and working in the study area is very important as it can influence the next step in the project which is the identification of a preferred corridor for this new development. People can submit this feedback by post, email, calling the hotline or by dropping into the information centre in Castlebar.”

The €240m Grid West project will develop a new high capacity power line linking the Bellacorick area in County Mayo to a strong point on the transmission grid at either Flagford in County Roscommon or Cashla in County Galway. By connecting the electricity generated by the region’s huge renewable energy resources, the project will facilitate significant job creation and investment as well as contributing to national recovery and growth. Grid West is part of EirGrid’s Grid25 plan to upgrade the national grid between now and 2025 to deliver a sustainable, competitive and secure electricity supply to homes, businesses and industries.

Assuming no delays in the planning or consultation processes and no significant reductions in the volume of wind development planned in Mayo, the Grid West project is expected to be completed by late 2019.