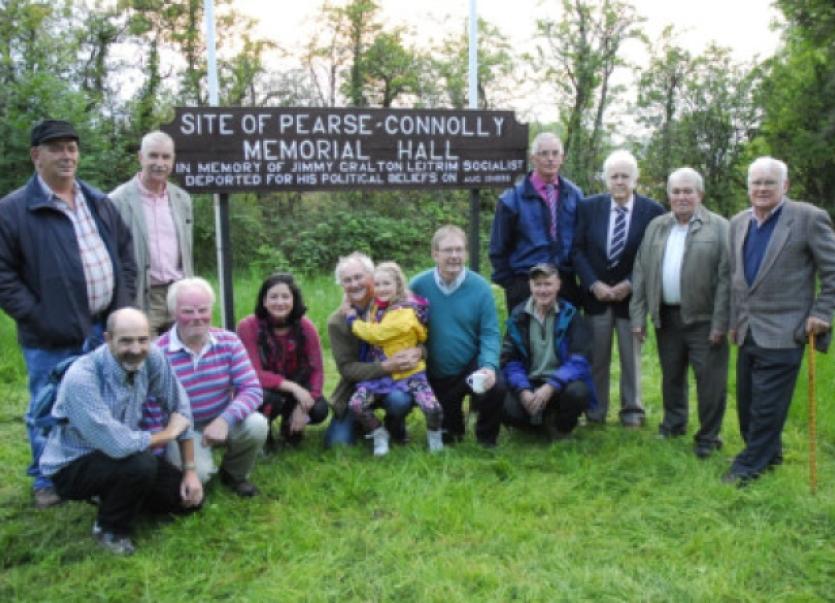 The 80th anniversary of the deportation of Effernagh’s Jimmy Gralton was commemorated locally, last Friday, August 16.

The 80th anniversary of the deportation of Effernagh’s Jimmy Gralton was commemorated locally, last Friday, August 16.

Laverty said, “Jimmy Gralton was deported from his own country 80 years ago for taking on the powerful of his time. They burnt down the hall where he and his colleagues gave classes and held dances in 1932. Even now the papers relating to his deportation are still missing. Clearly many wanted to destroy all trace of Jimmy Gralton and what he stood for. I was really impressed by the community activists who have done so much over the years to keep Jimmy Gralton’s memory, and what his colleagues fought for, alive. What we remember and pass on is important.”

Across the river Shannon last Friday, John Brennan, head of the CIA attended a homecoming Gathering event in Kilteenan, Roscommon. Previous human rights lawyer Laverty spoke about the hurt and deaths the CIA have caused in a number of countries. “We owe it to those who have lost their lives to remember that the CIA as an institution is responsible for the horrendous deaths of hundreds of thousands of innocents. In essence, it is a State terrorist organization that has caused more hurt than ad hoc freelance terrorists like Osama Bin Laden.”

“Perhaps an apology then might be forthcoming from the Head of the CIA for all the misery and murder that institution has caused around the world. I suspect that the river Shannon, separating Effernagh and Kilteenan, will run dry before we hear that,” he stated.