Minister Perry lends a hand to boost tourism from Spain 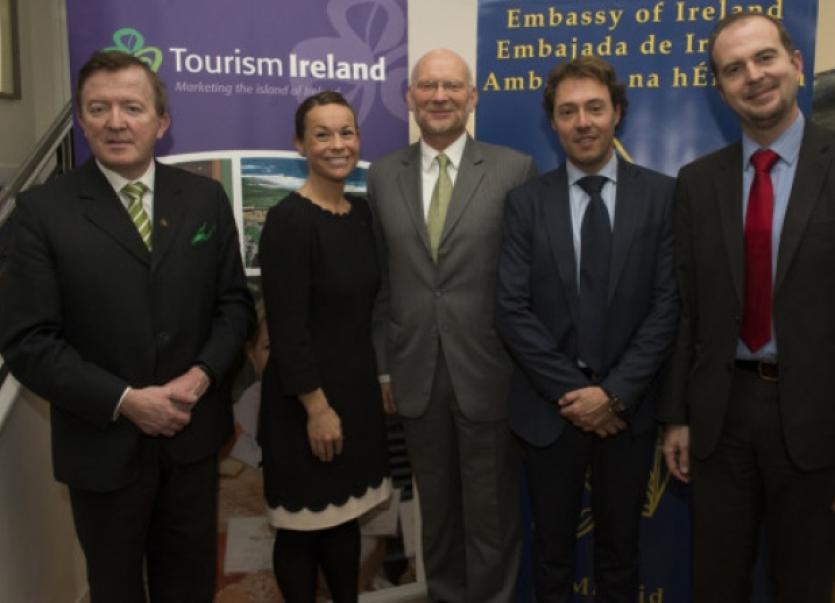 Minister of State for Small Business John Perry TD was in Spain last week, as part of a “Promote Ireland” programme around St Patrick’s Day – helping to promote tourism to Ireland in 2014.

Minister of State for Small Business John Perry TD was in Spain last week, as part of a “Promote Ireland” programme around St Patrick’s Day – helping to promote tourism to Ireland in 2014.

Minister Perry met with about 50 members of the Spanish travel trade at a St Patrick’s reception hosted by Tourism Ireland in conjunction with the Irish Embassy in Madrid – to highlight Ireland as an important English language-learning destination for Spanish students among the influential language tour operators and decision-makers in attendance. The English language-teaching (ELT) sector is extremely important for Ireland – worth an estimated €240 to the economy each year.

Barbara Wood, Tourism Ireland’s manager in Spain, said, “We are delighted that Minister Perry is with us in Spain for the important St Patrick’s period, to help us deliver the message about the many great reasons to visit Ireland. 2013 was a record year for Spanish visitors to Ireland and we are undertaking another busy programme of promotional activity throughout 2014, to keep the momentum going and build on that growth.”

Tourism Ireland’s busy programme of online and social media activity will reach an estimated 3.5 million people around Spain this month, capitalising on the heightened awareness of the island of Ireland around St Patrick’s Day.