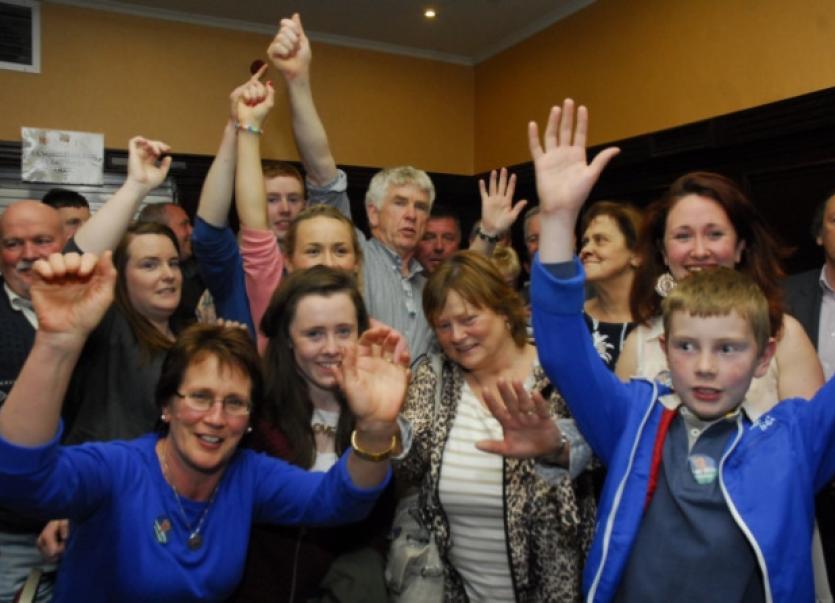 In a day of shock eliminations, disappointment and unbelievable highs for Sinn Féin and the Independents, three candidates reigned supreme, topping the poll in their respective Local Electoral Areas.

In a day of shock eliminations, disappointment and unbelievable highs for Sinn Féin and the Independents, three candidates reigned supreme, topping the poll in their respective Local Electoral Areas.

After his election on the fourth count, Cllr O’Rourke said that it had been a tough campaign, what with the changes to the electoral areas and the subsequent introduction of three additional sitting councillors to the electoral mix, but he felt honoured to be able to represent the electorate once again.

“I was on the edge of the electorate with my back to the wall of Cavan and Longford and I knew that I wasn’t going to benefit from transfers so I made sure that I ran a very thorough campaign and it has paid off,” he said.

“I think that it is the local issues that matter to people, the roads, medical cards, grants and other things that make a real difference to their lives and that has always been my focus, the local not the national picture.”

Stenson was also the first to officially be elected to the new 18 seat council, securing his seat on the first count.

Speaking to our reporter after his election, Cllr Stenson said: “On a day like today happiness is always tinged with an amount of sadness because there’s people I have worked with for the last five years, Francie Gilmartin, John Ward, Thomas Mulligan,and it’s extremely hard to show happiness when there’s people who you have regard for in a sad place.”

The biggest surprise on Saturday was Sinn Féin’s Padraig Fallon. While he was always expected to poll strongly in the Manorhamilton Electoral Area, which traditionally supported a Sinn Féin seat, Fallon not only polled exceptionally well, he topped the results of some of the Council’s longest standing members by nearly 140 first preference votes. This meant that he was also the only Manohamilton candidate to reach the quota on the first count.

“The fear last week was that we were going too good and we were wondering would people think we don’t need the votes. We always expected to take a seat but didn’t care if it was the first or last seat,” said a delighted Cllr Fallon.

“Ultimately I ran on the slogan of standing up for north Leitrim. There is a feeling that north Leitrim is not getting a fair share and that’s my commitment to try and achieve that.”