“The Food sector is fighting back” - Bruton 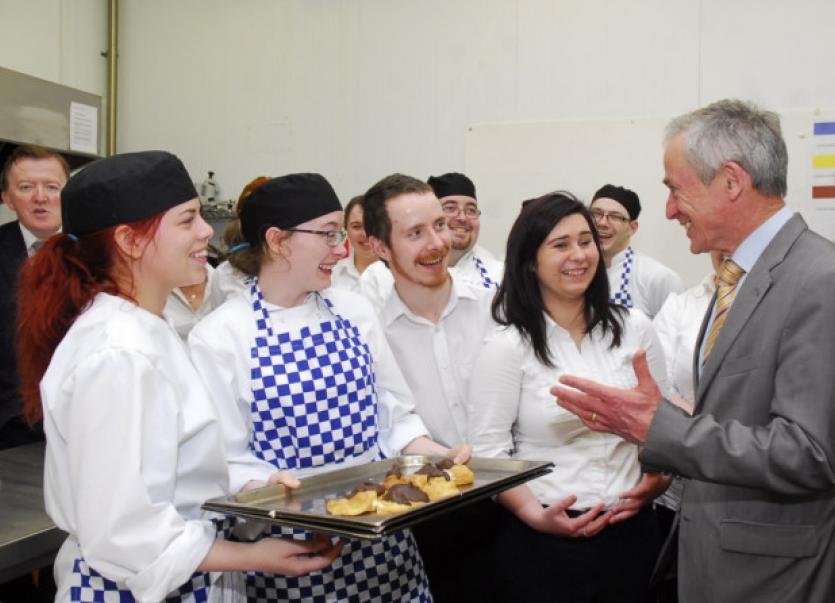 The last stop on the Minster’s visit last Friday, The Food Hub, Drumshanbo gave Minister Bruton a taste for the future of Leitrim’s food industry.

The last stop on the Minster’s visit last Friday, The Food Hub, Drumshanbo gave Minister Bruton a taste for the future of Leitrim’s food industry.

Noel McPartland, Director of Drumshanbo Community Council Ltd and founder of The Food Hub explained the background of the Food Hub as well as the history of Laird’s Jam now Bo Peep Jam. In the old articles and photos from Laird’s factory was one of Minister Bruton’s brother John who visited the factory in a similar minister’s role in the 1980s.

Mr McPartland was delighted to inform the minister that the Food Hub has had almost “100% occupancy” since they opened. He also commented that the facility was “one of the great successes of the Celtic Tiger.”

Minister Bruton was given a tour of the facility and also got to meet and chat with students from a hospitality course, who created the food and served the dishes to the guests at the event. The minister was impressed with what he saw and said that “the Food sector is fighting back.” He said a “distillery has not been built in this country for 100 years and yet we have one open here.” He also paid tribute to Carrig Brewing Co and said the Irish need to embrace the micro brewery. He said “quality is the core” of the Irish Food Sector.

As a son of a farmer, Minister Bruton commented “we know our food, and now there is a market for it. The food industry is finally coming to bear fruit.” He noted his bother’s visit over 31 years ago and concluded “you sowed the seed then, and now we have the fruit.”