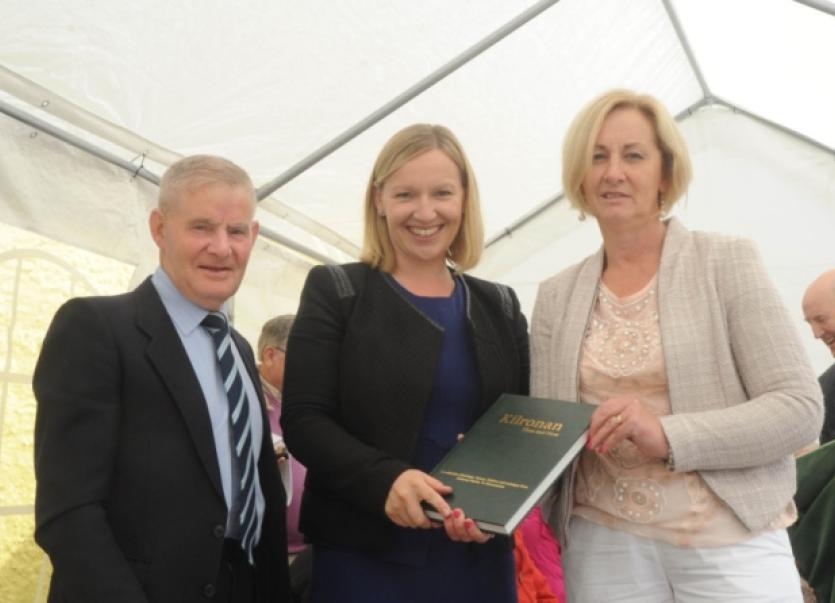 Speaking at the launch, Deputy Creighton paid tribute to the organisers of the event noting that the festival was something to be very proud of.

She told the people of Keadue to “Keep celebrating your heritage and culture and all that you stand for.

“We need to remind people sometimes that rural Ireland, particularly the West, has so much to offer, has so much culture, has so much history, has so much depth to it and I think this festival is a wonderful manifestation and reminder of that,” added Deputy Creighton.

“We went from the heady days of the Celtic Tiger to very challenging and difficult times over the last few years. And for me what stands out is the way in which families, communities, towns and villages have really pulled together and have really worked together to support each other and to come together to celebrate what it is to be a community, what it is to be Irish and this festival I think, is a really wonderful example of that,” she said.

Chairperson of the Festival Committee, Margaret Grimes, then presented Deputy Creighton with a copy of ‘Kilronan Then and Now’ in honour of the occasion.

Despite the rain, revellers joined locals for the official launch of the festival which celebrates the life and work of Turlough O’Carolan.

Events on the day kicked off with the traditional opening parade and concluded with a performance by three young local harpists.

The festival attracts huge crowds from not only throughout Ireland but also around the globe, to Keadue and this year boasted a number of acclaimed tutors .