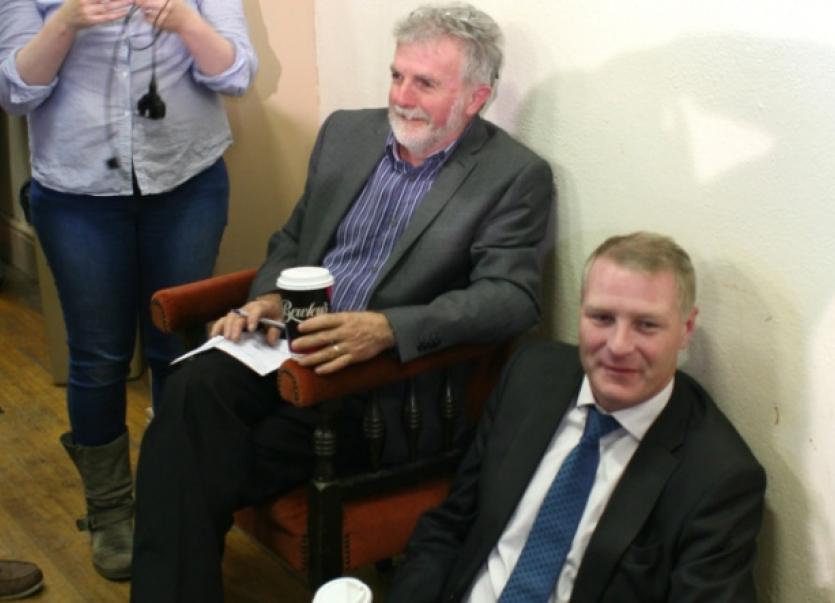 It may not have been the win they were hoping for but Sinn Féin had plenty of reasons to be pleased with their performance in the recent Roscommon/South Leitrim Bye-election.

It may not have been the win they were hoping for but Sinn Féin had plenty of reasons to be pleased with their performance in the recent Roscommon/South Leitrim Bye-election.

Not only did the party’s candidate, Martin Kenny, double the number of first preference votes he achieved in the 2011 General Election, he did so despite the fact that turnout was down over 30 percent on figures seen three years ago.

Kenny held on until the fifth count, where he was eliminated with 7,022 votes.

Speaking with our reporter, Kenny said he felt he had put in a very strong campaign.

“I secured 5906 first preference votes, basically double what I got in the General Election in 2011,” he said. “If turnouts had reached the level they were in 2011, I think I could have secured further votes. I was only just over 300 votes behind Fitzmaurice in terms of first preference.

“An extra three or four hundred votes would have put me directly in competition for that seat, so all things considered I am delighted to see such an improvement in the Sinn Féin vote in what is, traditionally, a very difficult constituency.

“The problem is that there has been huge apathy out there during this election. Apathy in Co Leitrim because the focus has been on Roscommon and because, the next General Election Co Leitrim will be in a different constituency and so will Co Roscommon. In the face of that we did a phenomenal job, especially in south Leitrim,” he said.

“This has been another huge step forward for Sinn Féin. That is the way we work, building up slowly, consolidating what we have and building again.”

Party Leader, Gerry Adams, was also delighted with the results.

“I think that this shows we are growing here in Roscommon and Co Leitrim, at a fast rate,” he told the Leitrim Observer during his visit to the Douglas Hyde Centre on Saturday.

Deputy Adams said he was pleased with how his party had performed and was of the opinion that Sinn Féin’s popularity in the district was a slow burner.

“We have doubled our vote between both bye-elections (Roscommon/South Leitrim and Dublin South West) and that is very, very encouraging for the future. We started off with a very low base. Both Roscommon and Leitrim are two of the counties we are building our support in.”

Mr Adams concluded by saying that voters in the area had sent the Fine Gael/Labour government a firm message. “The people of Roscommon/South Leitrim have told the government that they do not want them to do what they’re doing and I would like to think the Taoiseach realises that.”