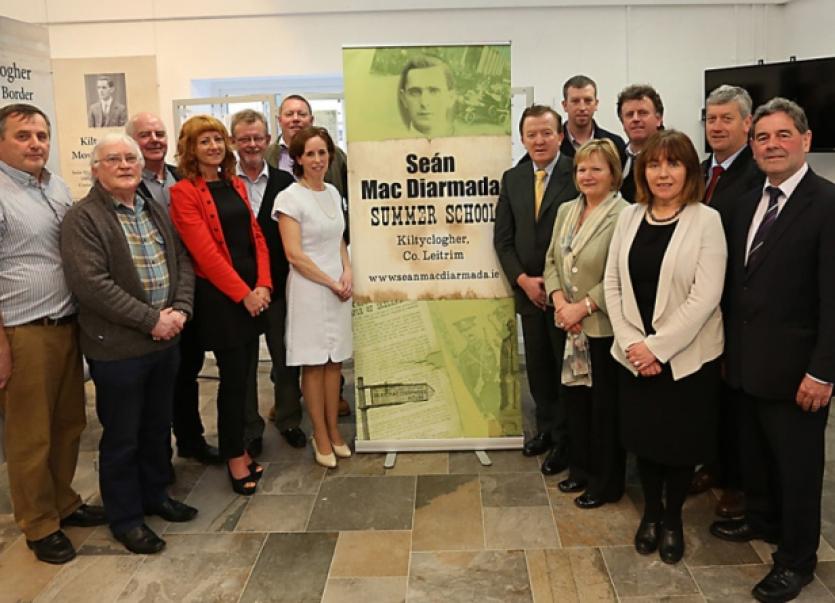 Despite the fact that millions have already been earmarked for other historical sites linked to the 1916 Rising only a small amount of money has been allocated to create a carpark at the homestead of proclamation signatory, Sean MacDiarmada in Kiltyclogher.

Despite the fact that millions have already been earmarked for other historical sites linked to the 1916 Rising only a small amount of money has been allocated to create a carpark at the homestead of proclamation signatory, Sean MacDiarmada in Kiltyclogher.

€2 million has already been allocated for the development of a cultural centre and walking trail at the site of the holiday home of fellow signatory, Padraig Pearse, in Rosmuc, Co Galway, yet the Sean MacDiarmada homeplace has not been awarded anywhere near this amount.

At Monday’s Council meeting, Cllr Sean McDermott noted that this homestead was of huge historical significance but stressed that it had not received the investment that it deserved in the lead up to the 1916 Centenary Celebrations.

Cllr Sean McDermott put forward a motion calling for funding for the local road L6196 leading to the homestead.

“This year a Restoration Improvement Grant is being spent on this road, but it will only cover 1500 metres, “ he pointed out

“The total length of this road is 6km and the rest of the road needs upgrading, with laybys incorporated, before the 1916 Centenary Celebrations”.

Cllr McDermott asked that the Council write to the Taoiseach, Enda Kenny; the Minister for Transport, Tourism and Sport, Paschal Donohoe and the Minister of State at the Department of Finance, Simon Harris, with a view to securing the necessary monies.

He said that he had spoken with a number of senior politicians on this but had not yet been able to secure the funding for this road.

“A lot of money is being put into the 1916 Centenary Celebrations but most of it is Dublin based and there is not a great spread of funding outside that area. The money needs to be found for this road,” he stressed at the May Council meeting.

Cllr McDermott acknowledged there had been funding directed into the MacDiarmada homestead over the last number of years but he said that this had largely been from Peace Funding.

“I am only asking for fair play. Other sites connected to signatories are getting far and away more money and this homestead is unique. It is the home of Sean MacDiarmada, a very important Leitrim figure and a very important national historic figure,” he said.

“We only require around €200,000 to carry out this work. We want to leave a legacy here for future, that’s what is happening in Dublin, it should be happening here in Leitrim too.”

His call was seconded by Cllr Felim Gurn who said that the Government was investing millions into the holiday home of Padraig Pearse and other sites but had only allocated “a tiny €150,000” into the home of Sean MacDiarmada.

Cllr Mary Bohan also offered her support noting that 2016 offered a “unique opportunity” to market the homestead to a larger tourism market. “It is essential that we get this money,” she said.

Cllr Des Guckian also added his support while Cathaoirleach, Cllr Paddy O’Rourke observed “We are all at one inour support for this motion. This is a significant historical site and this is a very worthy motion.”