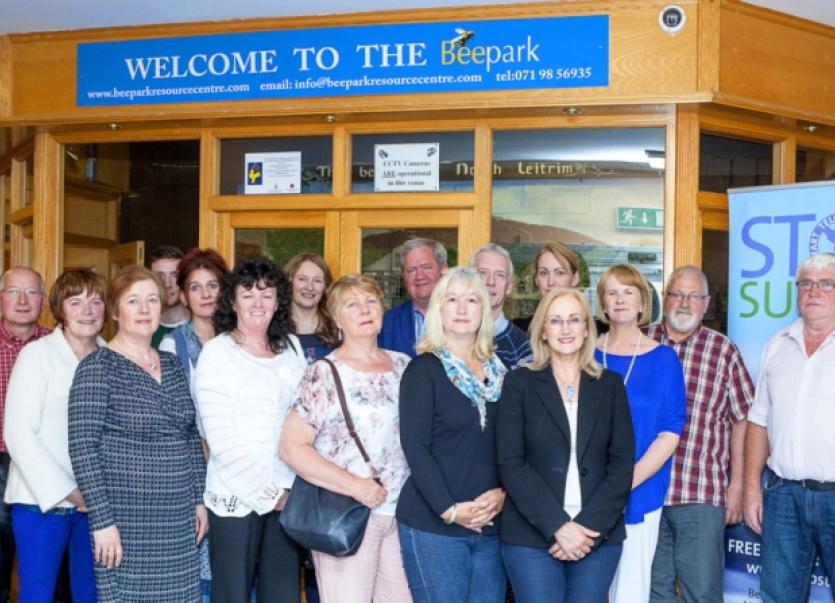 The STOP Suicide organisation whose headquarters is in Manorhamilton has recently launched a major fundraising draw to support the provision of its essential and lifesaving services in the seven surrounding counties.

The STOP Suicide organisation whose headquarters is in Manorhamilton has recently launched a major fundraising draw to support the provision of its essential and lifesaving services in the seven surrounding counties.

The draw, which takes on Saturday September 12 and for which tickets only cost €5 each, has very valuable prizes on offer that includes a pedigree Limousine bull or cash valued €1,500 and a pedigree heifer or cash valued €1,200 plus two tickets as well as two flights along with €200 spending money to any Manchester United game in Old Trafford.

“It is a not for profit organisation providing crisis intervention and a counselling service for those who are in distress, feeling suicidal or bereaved by suicide.

“Our counselling service is free of charge and the counselling model we use is Solution Focused Therapy which is based on the principles of care and compassion.

“It offers 10 free sessions of counselling by trained and accredited therapists and also runs two bereavement support groups in Nazareth Care Village Sligo and in The Bush Hotel, Carrick-on-Shannon.

“STOP Suicide serves seven counties in the North West namely, Leitrim, Sligo, Donegal, Cavan, Longford, Mayo and Roscommon and the organisation has supported more than 112 people over its past year.

“It’s vision is to help save lives, stop suicide and to shift the messaging around suicide from one of despair to one of hope for the people living in these communities.”

Commenting on funding Ms. Fox and Ms McGoldrick also state “STOP Suicide is working at a local level, with little support from Government and relies heavily on generosity of the community.

“A small number of volunteers engage in STOP Suicide’s fundraising activities on behalf of the charity.

“These activities, which are in turn supported by large numbers of participants, are seen as crucial to the survival of the charity and the continuation of the charity’s work.

“These volunteers who provide their time free of charge are also critical to the delivery of the STOP Suicide service and are a tremendously valuable resource. We are launching a fundraising campaign to raise funds for the much needed service and we would like to ask for your help in supporting us.

“We are selling tickets for €5 each and the prizes are Pedigree Bull and Pedigree Heifer and two tickets for Manchester United premiership match in Old Trafford, flights and overnight accommodation.

“Tickets will be on sale throughout the counties and we would very much welcome your support for this worthy cause.

“If you need further information, please contact the STOP Suicide office on 071-9856070” Michelle and Margaret say in conclusion.