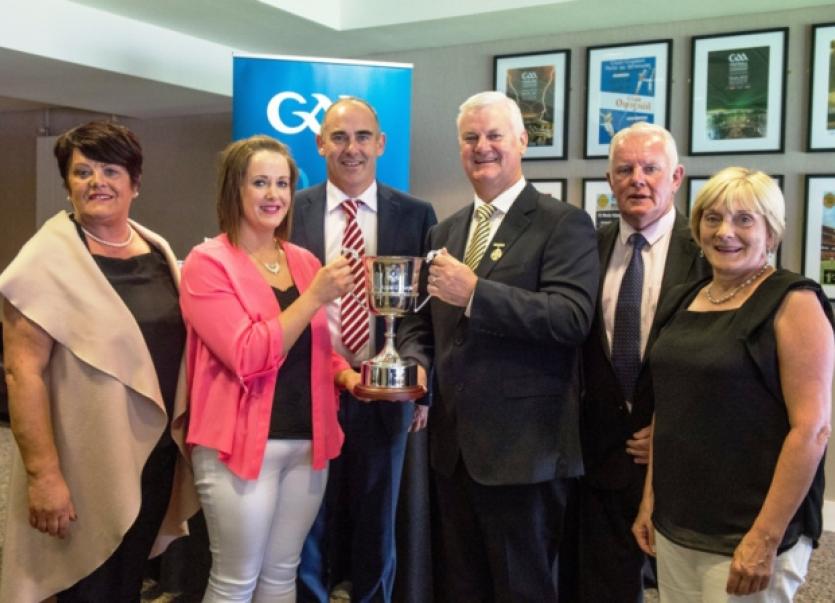 One of Leitrim’s brightest hurling talents was remembered recently by the GAA when the Stephen Dorrigan Cup was officially launched in Croke Park.

One of Leitrim’s brightest hurling talents was remembered recently by the GAA when the Stephen Dorrigan Cup was officially launched in Croke Park.

The Stephen Dorrigan Memorial Cup will be presented to the winners of the All-Ireland U16 “C” Hurling Championship later this year and is named in memory of the late Stephen Dorrigan who died in 2008 following a tragic illness at the age of just 24.

An accomplished footballer with Gortletteragh GAA Club, Stephen was also a noted hurler and represented Leitrim with distinction in hurling at all grades from U16 to Senior. The Dorrigan family are recognised as one of the main hurling families in Leitrim and have given a lifetime of service to the game.

When the GAA decided to name the cups presented to the winners of various hurling competitions in the U16, Minor and U21 grades, a consultation process and feedback from counties was carried out and the names of Stephen Dorrigan (Liatroim), Richie McElligott (Kerry), Andrew O’Neill (Tyrone), Peadar Ó Liatháin (Meath), Adrian Freeman (Mayo) and Adrian Murray (Westmeath) were selected.

The Cups were officially presented to the GAA and President Aogán Ó Fearghail before the Leinster Hurling Final in Croke Park with family members present, a fitting tribute to men who loved and lived for the game of hurling.