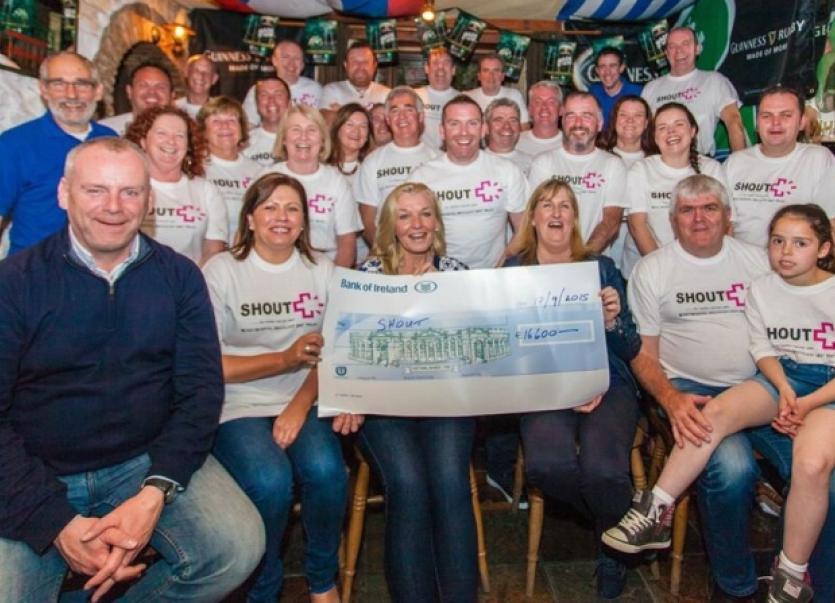 After the successful completion of this year’s Delma Cavanagh Memorial Cycle, a cheque for €16,600 was last week presented to SHOUT - Sligo Hospital Oncology Unit Trust.

After the successful completion of this year’s Delma Cavanagh Memorial Cycle, a cheque for €16,600 was last week presented to SHOUT - Sligo Hospital Oncology Unit Trust.

In total 25 cyclists navigated their way from Limerick to Dromahair in August and last week the group got together once more as the grand total raised during the fundraising efforts was revealed while a dvd documenting the two day journey compiled and produced by Rory O’Brien and David Cunniffe was also displayed on the night.

Many humorous moments were captured from the two day, 260km cycle with interviews with the cyclists and organisers dispersed throughout the film.

Among those interviewed was Vivian O’Loughlin who was given the honour of leading the group home, in memory of his father Teddy, and he spoke poignantly about the work being done by the charity SHOUT and the benefits that will be gained from the money raised.

Reflecting on the cycle John Cavanagh, who organised the event with Sinead McKeon said, “It was a great success. The number of people that wanted to do it surprised me and the amount raised is brilliant for a worthwhile cause that touches and effects everyone. The community of Dromahair got involved and it was great to have them on board.”

After three successful cycles thoughts are inevitably turning to next year with John joking, “The ball is rolling and it will be hard to stop it.”

John also paid tribute to the cyclists who all paid their own way ensuring all money collected went directly to charity.

John and Sinead were eager to thank all who helped.