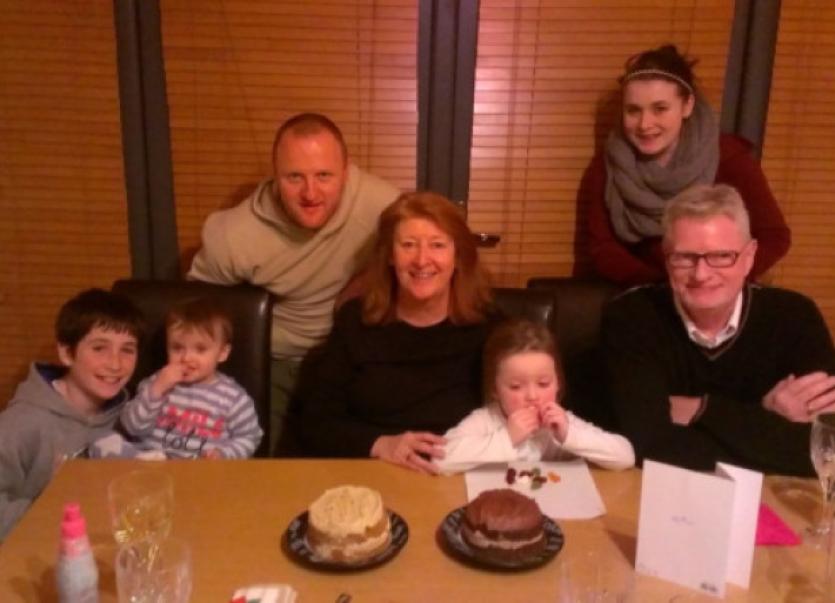 Six siblings from Drumkerrin who all contracted polycystic kidney disease in their adult years, count their blessings every day after each of them received a life saving kidney transplant.

Six siblings from Drumkerrin who all contracted polycystic kidney disease in their adult years, count their blessings every day after each of them received a life saving kidney transplant.

Helen O’Neill (formerly O’Farrell) is one of six siblings who received kidney transplants, now PRO of Leitrim Kidney Association, she tells the Leitrim Observer “We would all be dead only for our donors.”

This week (March 30 - April 6) is Organ Donor Awareness Week and its aim is to highlight the need for people to carry a donor card and to discuss this wish with their nearest and dearest.

Helen said their mother died age 42, six months after being diagnosed with polycystic kidney disease. When she died she left behind ten young children - six of which have had life saving kidney transplants for the same disease.

Helen explained that the disease which develops in adults is a forming of cysts on the kidney. The cysts keep growing, even if they have been removed and they get bigger and bigger until the kidney can no longer function. Helen’s sisters Olive, Veronica and Joanne as well three brothers has had the disease. Two of her brothers have had kidney transplants and one is currently on dialysis.

Helen received her kidney transplant almost six years ago. Prior to her transplant Helen had been receiving haemodialysis treatment three days a week for three hours at a time at Sligo General Hospital. This involved a 25 mile journey for her treatment. She was on dialysis for over seven months, which she said was quite a short time compared to some of her siblings who had to wait over two years for the correct transplant to occur.

“Three hours of dialysis, with a half and hour prep work before and after” three days a week meant Helen had to give up her career as a florist. She said the dialysis took up the whole day and she would be “exhausted” after it and couldn’t do anything for the rest of the evening.

Although it is not hereditary, Helen has nephew’s who are on dialysis for the same disease. She said it was in their later years that they discovered the disease, but it can now be detected much earlier. Helen’s two children were grown up when she commenced her treatment.

Helen said each of the siblings received their transplants in Beaumont Hospital, except for Joanne who had hers in England.

The kidney transplant gave Helen a “new lease of life.” She said she “prays every day I don’t have to back on dialysis.” She said she has a check up every 12 months, as your immune system can reject the organ years after the transplant.

The Leitrim Branch of the Irish Kidney Association hold two collections each year and the group work with just five volunteers, they are always seeking more people to help out for just one hour twice a year. Helen said it is not only kidneys but all organs that are needed, she said the need is “urgent” and it is essential that the medical staff know your wishes straight away to avoid any delays.

Signing a donor card could save somebody’s life and it could be the last good deed you do.

Throughout Organ Donor Awareness Week volunteer collectors will be distributing organ donor cards and selling Forget-me-not flower emblems (the symbol of transplantation) and other merchandise in towns and villages throughout County Leitrim.