Quinn: ‘I never took a penny from anyone’ 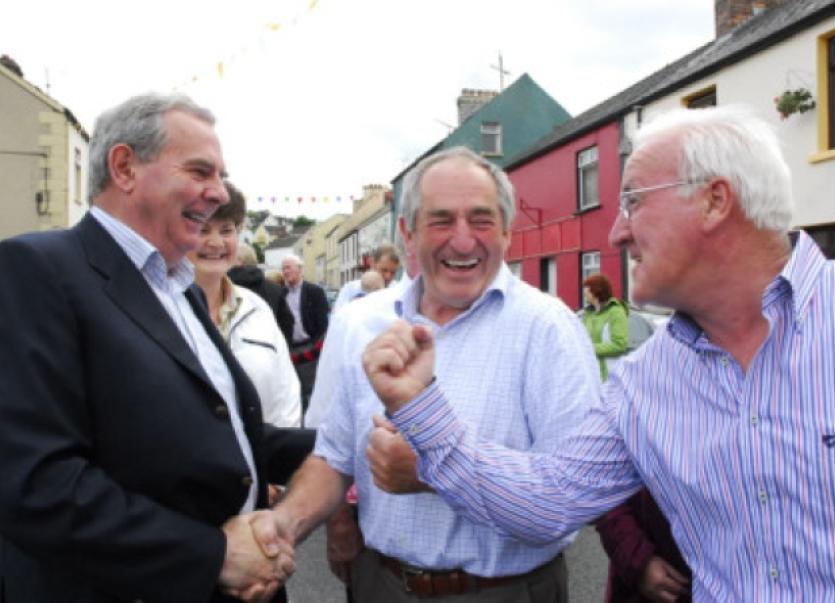 Over 1,500 people gathered to cheer on Sean Quinn as he opened the 47th annual Ballinamore Family Festival last Sunday, August 11.

Over 1,500 people gathered to cheer on Sean Quinn as he opened the 47th annual Ballinamore Family Festival last Sunday, August 11.

There was a large national media presence to snap the controversial figure and his wife Patricia, who came out to address his supporters, recap on the last few years and to promise that he will be “vindicated.”

The former billionaire said he had attended the festival 46 years ago and has been a regular visitor to the town ever since. Reminiscing on his visits he said “I used to come up on a Sunday night and I would get robbed, but I only thought I was being robbed when you see what has happened since,” he laughed.

Quinn spoke for 20 minutes, and at times he became emotional when he spoke about how his companies were “destroyed”. He apologised for the mistakes he made “We certainly made lots of mistakes. There is no way I should have invested so much money in Anglo Irish Bank. I didn’t know what I was doing and I didn’t know they were what they were.” He gave a “simple analysis” of how the country went wrong, saying that governments for the past 15 years had run “Ireland Ltd” by increasing costs three times that of inflation. He said “no company let alone country could do that.” When everything ended up in a mess they refused to blame themselves and blamed “the victims” he said his family like many others were “victims.”

Quinn told the crowd for 35 years he added 200 jobs a year, his company doubled profits every four years, “until we got involved in Anglo.” Quinn asked questions about a “cover up” and said the Government were “sold a pup.” He stated “If it’s a criminal offence to withhold information on white-collar crime, there’s a wild lot of criminals about that Dublin area.” This was met with a wild cheer in Ballinamore.

He paid tribute to Ballinamore native and journalist Paul Williams, who released the Anglo Tapes, he said he had “done more to expose what went on than all the other media put together”. He thanked the people of the local area for their support even during his “nine-week holiday in Mountjoy” he said they know that “Sean Quinn never took a penny from anyone”. Quinn concluded, “I think I’ll be able to stand up here in two or three years’ time and say I’ve been vindicated.”

Adrian Smith from the festival committee described Quinn as someone who “never forgot where he came from and who invested and re-invested in his local area”. He said the landscape of the Ballinamore would be different “if it wasn’t for people like Sean Quinn creating jobs”.