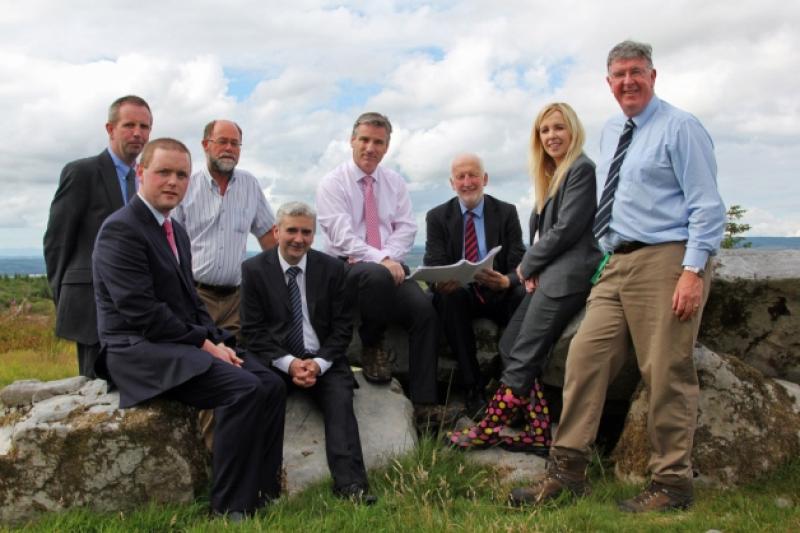 Work has started on the historical and archaeological Cavan Burren just outside Blacklion following a €900,000 investment.

Work has started on the historical and archaeological Cavan Burren just outside Blacklion following a €900,000 investment.

“The investment in excess of €900,000 will make the Cavan Burren much more accessible to the general public. The signing of these contracts, opens up this historic and unique geological and archaeological site, a huge spend on the site is an investment in the future,” he stated.

The on-going development of the Cavan Burren site has been made possible by a partnership arrangement between Coillte Teoranta and Cavan County Council, who have worked with other funding agencies to secure the financial resources needed. This project is funded under the Border Uplands Programme by ICBAN under the INTEREG 4A Programme, which is a cross-border initiative delivered by the Councils of Cavan, Fermanagh, Sligo and Leitrim. Alongside the development at the Cavan Burren Forest, the Border Uplands Project will also be upgrading a number of walking routes in Fermanagh and Sligo. While in Leitrim restoration will be carried out at Farnaught Limekiln and also development of walking trails at a number of sites within the County.

The 124 hectares of the Cavan Burren forms part of the Cavan / Fermanagh Global Geopark, the first cross border site recognised by UNESCO to have an exceptional geological heritage along with a range of national monuments, ancient habitation sites and fields that survive from prehistoric times. Cllr Feeley said “Already the site attracts substantial numbers of visitors and it is expected that the further development will make the site physically more accessible but the additional signage and interpretative panels will allow the site to become more understandable also.”

In addition to the building, an improved roadway, a substantial carpark and walkways over 6kms will be built, 1km of which will be fully accessible to all users. Within the site are five designated National Monuments together with over 80 sites of archaeological sites all in a setting of international geological importance.

With contractors, archaeologists and geologists on site, work is expected to be completed in six months. The construction project has created 15 jobs and should support further job creation in the tourism sector when completed.