The Hive to be replicated across the country 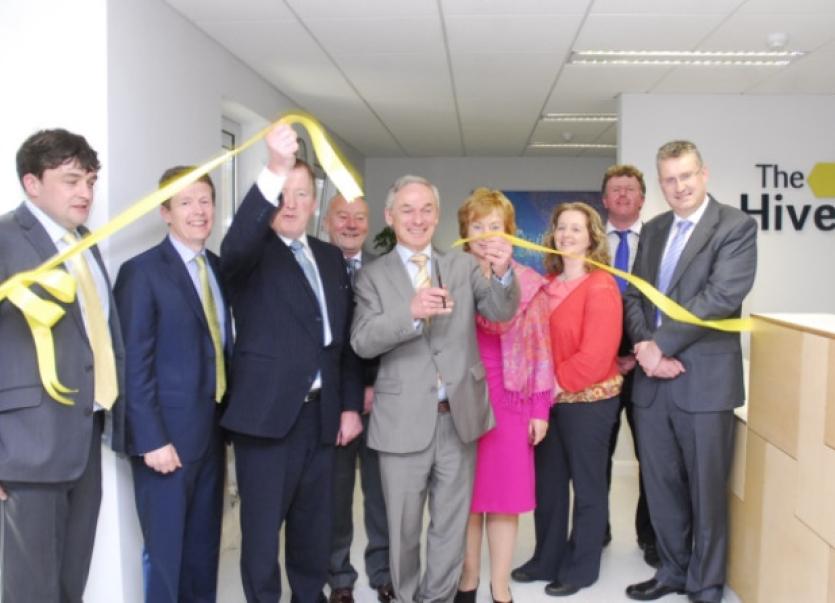 The Hive, Leitrim’s Technology Enterprise Centre on the Dublin Road is a model that could be replicated across the country.

The Hive, Leitrim’s Technology Enterprise Centre on the Dublin Road is a model that could be replicated across the country.

Minister Bruton officially opened the centre as part of his visit to Leitrim last Friday. The successful facility is currently home to 14 new companies with many more using the hot spot desks on a temporary basis.

Joe Lowe of Leitrim Enterprise Office said “The Hive is important for job creation locally with state of the art services, meeting facilities, networking facilities.” He noted that six companies have doubled their workforce in the past six months.

Fergal Donlon of Glicnet.com and tenant of the Hive explained that he designs websites for businesses and has been working from home since 2005. He said the fast and reliable broadband and meeting rooms for clients have been valuable to his company. He also said it is great to meet other business people and “bounce ideas.” He said since moving to The Hive he has increased his workforce by 100%, he hired a full time person last October.

Cathaoirleach Sean McDermott, congratulated the cross border effort involved and said he would love to see a similar facility opened in North Leitrim.

Kieran McCrory, Economic Development Manager at Omagh District Council said the Hive cost €1.81 million and the model may be replicated in other counties in Ireland as a great facility to help new businesses.

Minister Bruton said the “state of the art facility is brought to life by innovators”. He said there is a “fight back culture” in relation to jobs and he will ensure it will be a great success.