Visitors to “tell the world about Leitrim” 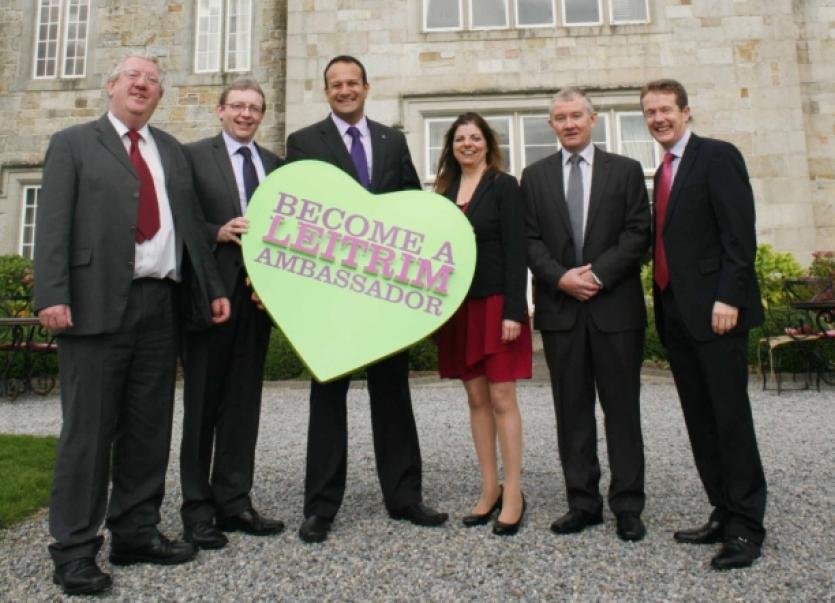 Participants of this year’s Leitrim Roots Festival were told by Minister Leo Varadkar to “Tell the world about Leitrim when you return home.”

Participants of this year’s Leitrim Roots Festival were told by Minister Leo Varadkar to “Tell the world about Leitrim when you return home.”

37 visitors to Leitrim to trace their roots and learn more about the county had their names placed on a scroll and buried in a time capsule as part of the Carrick-on-Shannon 400 celebrations. Instructions will be left to dig up the capsule for the county town’s 500th anniversary.

Visitors attended from as far away as Australia, USA, Canada and the UK and toured the county last week taking part in a number of activities and historic events.

Minister Varadkar said Leitrim had punched above it’s weight during this year of the Gathering with 78 events recorded locally. He stated “Leitrim is in many ways the original home of the Gathering. Its predecessor, An Tóstal was first held in 1953. Drumshanbo has the distinction of being the only place that An Tóstal has continued to run every year since 1953.”

The visitors on the Leitrim Roots Tour not only got to trace their roots, visit old family homesteads but they also got to interact with local people and experience Leitrim culture at first hand.

The festival which also caters for visitors and locals who simply want to enjoy a genuine Irish experience and interact with local communities and enjoy all that the county has to offer enjoyed a successful third year.

Ambassadorship ceremonies were held in New York earlier this year and another one will be held in the UK before the end of the year for ambassadors to promote the county.

Carrigallen’s Maura Williamson outlined that 78 Gatherings were held in Leitrim this year from festivals to GAA events to school and family reunions, she thanked all the volunteers who helped out. Sinead McDermott, Leitrim Tourism officer said “Approximately 1,000,000 people in the United States have Leitrim ancestry and many don’t even realise it.”