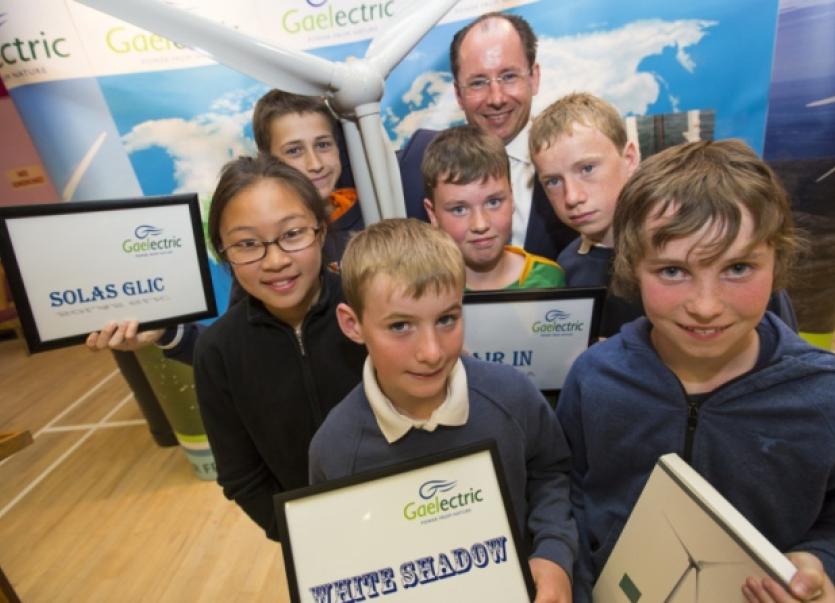 The launch coincided with Global Wind Energy Day and pupils from St. Clare’s and Largy schools visited the project and participated in a competition to both name and turn on each turbine at the wind farm.

Faughary is a 6 Megawatt wind farm utilising three Enercon E82 turbines with a maximum tip height of approximately 119 metres. The wind farm will generate sufficient renewable power to meet the needs of approximately 4,000 homes and business in Leitrim and the surrounding region.

Faughary Wind Farm has also contributed significantly to the local economy in local supplies and accommodation. At its peak, up to 20 people worked directly on the construction of the wind farm.

Commenting, Barry Gavin, Head of Wind Energy at Gaelectric Group, said, “The opening of Faughary Wind Farm marks a further acceleration in the roll-out of Gaelectric’s near term portfolio of consented wind energy projects in Ireland and brings our operating total to 66MW across four projects. This will be added to later this year when we expect to energise a further 70 MW of projects bringing our total to 136MW by year end. Faughary represents an important further step on our journey to realise a 400MW portfolio of operating wind energy assets by 2017. Faughary will make a significant contribution to the renewable energy generation in County Leitrim and the West of Ireland, and represents a €6 million investment in renewable energy in the county.”

Brendan McGrath, Group CEO of Gaelectric Group informed the crowd that Gaelectric has made good progress towards their goal to establish an integrated sustainable power provider. The group have also expanded Gaelectric’s reach into other areas of the renewables sector such as bioenergy, energy storage and trading/markets services.

Gaelectric is the development of energy storage in Northern Ireland with a unique Compressed Air Energy Storage (CAES) facility in Larne, Co. Antrim.