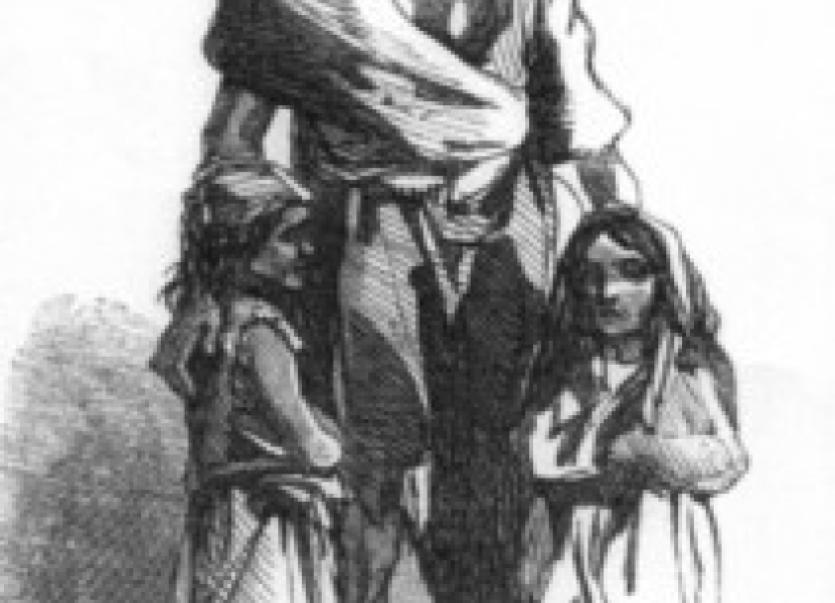 In an emotionally charged visit to Co Leitrim, an Australian doctor has travelled over 10,000 miles to pay a very personal tribute to the memory of her Great Great Grandmother, a young girl who was once an inmate of the Carrick-on-Shannon workhouse.

In an emotionally charged visit to Co Leitrim, an Australian doctor has travelled over 10,000 miles to pay a very personal tribute to the memory of her Great Great Grandmother, a young girl who was once an inmate of the Carrick-on-Shannon workhouse.

Dr Neisha Wratten arrived in Ireland just five days ago in preparation for the Famine Attic Experience this weekend. A passion to find out the truth behind her father’s family and their connection with Ireland, led Neisha to contact the Carrick-on-Shannon and District Historical Society in a bid to uncover more details of her ancestor Bridget Cannon.

Between 1848 and 1850 over 4,000 teenage female orphans were picked from the Irish workhouses and sent to Sydney, Melbourne and Adelaide under the ‘Earl Grey scheme’. Australia’s convict history, coupled with the large influx of male emigrants meant that by the 1840s there was a huge gender imbalance with men outnumbering women by nine to one.

Earl Grey, Secretary of State for the Colonies in Lord John Russell’s Whig government at the time of the Great Irish Famine, was the main architect behind a scheme where these orphans were sent to Australia to help address this imbalance. Bridget was one of those ordered sent from the Carrick-on-Shannon workhouse.

Neisha’s research has given her a unique insight into her ancestor and she feels a great affinity for Bridget.

“I think of how she must have felt at just 16, to be told that she was going to somewhere she probably had never heard of before. I think of how difficult it must have been for her to leave knowing that she was also leaving her mother, who was still alive and living in Carrick-on-Shannon,” she sadly notes.

This weekend Neisha will be joining a number of others for a unique insight into the life her Great Great Grandmother must have experienced in the workhouse before her journey.

“I am sure it will be a very emotional experience for me. I know I will probably cry, thinking about just how desperate her mother, Biddy, must have been to save her daughter, to see her end up in the workhouse. I will cry, I know that, but I’m sure that Bridget probably cried as well during her time in the workhouse,” admits Neisha.

In a far cry from her life as a Gynaecologist in South Australia, Neisha will spend an evening listing to readings from the historical records of the inmates and sharing the story of her ancestor and her journey. She will sleep Saturday night (May 4) in the Famine Attic, which still survives, and on Sunday, will take part in a special remembrance service for the victims of An Gorta Mór (The Great Hunger).

Neisha will also help with the construction of a Survivors Cairn, a memorial to those who left our shores and those who struggled to survive here in Ireland in the aftermath of the Famine years.

In her own personal tribute to her Great Great Grandmother she’ll also be adding a memorial piece to the time capsule that will be contained within the memorial cairn, a bonnet, created from a pattern which was based on bonnets found during an excavation of Hyde Park Barracks, Sydney.

This was where Bridget and over 2,200 other young Irish girls, some as young as 14, were housed awaiting allocation to their positions for two years of indentured service in Australia.

Neisha has faithfully sewn a bonnet in honour of her ancestor, who probably worse something like that during her time in the Barracks. On one side of the bonnet Neisha has stitched Bridget’s name, on the other, her own name and the date. This bonnet will be added to other special mementos from survivors of the Great Famine, who spread around the world.

“I just want her to be remembered as more than a name, as a person and I want her to know that her Great Great Granddaughter loves her very much. Even though I never met her I feel such a connection to her and I am so very proud of her.”