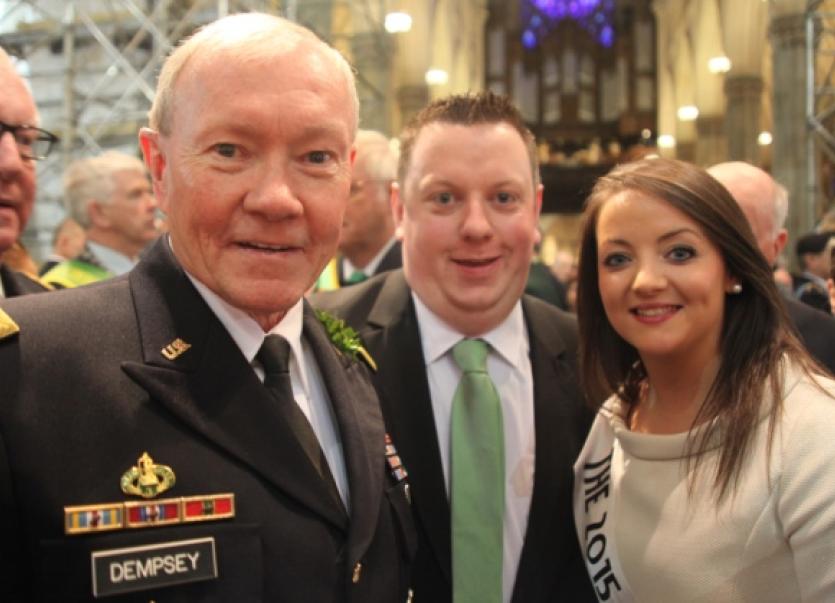 Current Face of Ireland Eimear Reynolds took part in the St Patrick’s Day celebrations in New York City and helped launch the 254th parade with Cardinal Dolan who was the Grand Marshal.

Current Face of Ireland Eimear Reynolds took part in the St Patrick’s Day celebrations in New York City and helped launch the 254th parade with Cardinal Dolan who was the Grand Marshal.

Eimear described the Cardinal as a very humble man, and great advocate for the catholic community. The Cardinal discussed with Eimear his upcoming visit to Knock for a Novena this coming August, describing to her how he is very much looking forward to his visit.

Eimear spent five days in New York City and attended various events throughout her trip. “The Irish community in New York were so kind and welcoming to me during my stay. The respect and appreciation shown towards the Irish for their role in American society throughout the years gone past and indeed the present time was deeply humbling and I felt truly proud to be Irish”.

“Irish culture is one of the most popular and celebrated cultures throughout the world and the Irish government should use St. Patrick’s Day events around the world to promote and encourage tourism to our country much more”.

Eimear said she learned during her stay in New York that the Irish government give little to no support to the New York Parade and she feels very strongly that this should change and indeed to all parades around the world as they are a “fantastic way to highlight and promote Irish culture and give a little taste of life in Ireland”.

Since being crowned last October, the 23-year-old from Rooskey, Co Roscommon, has now become a major ambassador for her community and her country and has already travelled to Asia and Ohio.

“While we young people live in a very privileged society in so many ways, it does not come without its issues with suicide and mental health being the most increasing concern today. I want to shed some light on this and promote a positive attitude. It is my aim this year to encourage young people with the message ‘It’s ok not to be ok.’

“I urge young people to speak up about their problems and remove the stigma attached to mental health issues in this country. Nobody can know what is going on in the mind of the person next to them and nobody can understand the level to which something can affect a person. We all have a responsibility to tackle this growing issue.”