Manorhamilton entrepreneurs off get set for New York Showcase 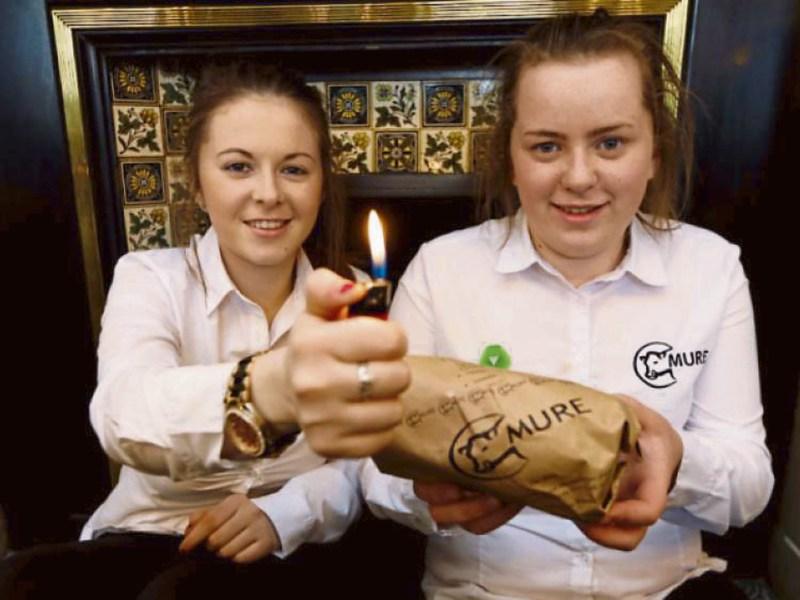 Linda (17) and Clare (16), both fifth year students at St Clare's Comprehensive, Manorhamilton, first came to media attention in the Leitrim Observer in May 2015 when they were honoured at the Youth Entrepreneur of the Year Awards organised by Foróige.

“MURE's aim is to reduce global warming as our product is renewable and made out of a completely natural resource, - cow manure,” explained Linda to the Leitrim Observer last year.

“'Your Effluence is our Affluence' is our business motto.”

Both Linda and Clare come from farming backgrounds and they came up with their innovate cow manure briquette after they realised the amount of cow manure that was not being utilised on farms.

A year long scientific study carried out by the girls in conjunction with St Clare's and the Sligo Institute of Technology on the MURE briquettes revealed that their product was more efficient that its peat counterparts.

And the question of odours from the cow manure briquettes?

Linda acknowledged that convincing customers that the product is odour free has been a major challenge, but the products are odourless, making them an excellent alternative to conventional briquettes.

The cousins are hoping to take their product worldwide and the showcase in New York is sure to be a major step forward in their bid to get international recognition for their product.