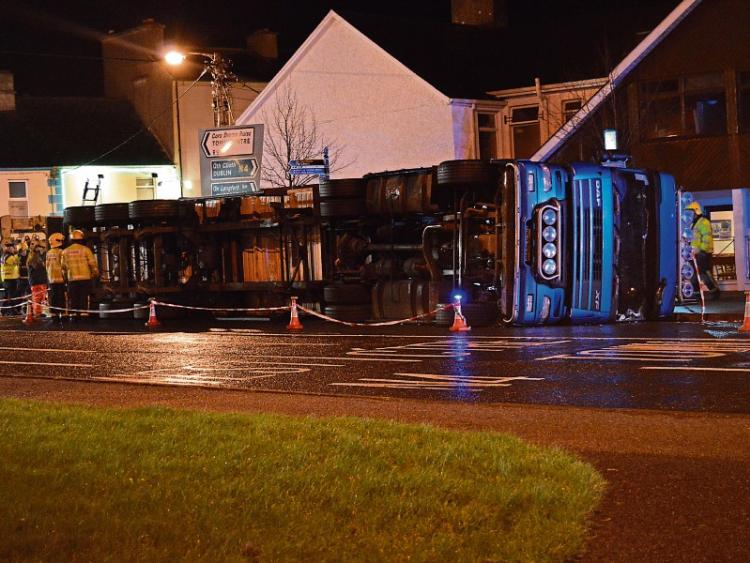 Cllr Finola Armstrong-McGuire raised the matter and said it is believed locally that the small roundabout at the bridge is too high. She asked what the TII (formerly the NRA) proposed to do about it.

Shay O'Connor, Senior Roads Engineer, said they have asked the TII Safety Officer to visit the site of the accident with them and he will do so this week. Mr O'Connor said it was a “quite serious occurrence” and the safety officer is of the same opinion.

Cllr Armstrong-McGuire said it was very lucky no one was in the environs of the crash at the time.

Cllr Enda Stenson questioned how they could change the layout there. Do you put an extra lane on the bridge? he queried. He said there is an extremely dangerous situation at Coffey's Corner.

Cllr Des Guckian said he was on the scene within two minutes of it happening. He said there is a domed roundabout there and he understands a car braked sharply in front of the lorry causing it to brake sharply and overturn.