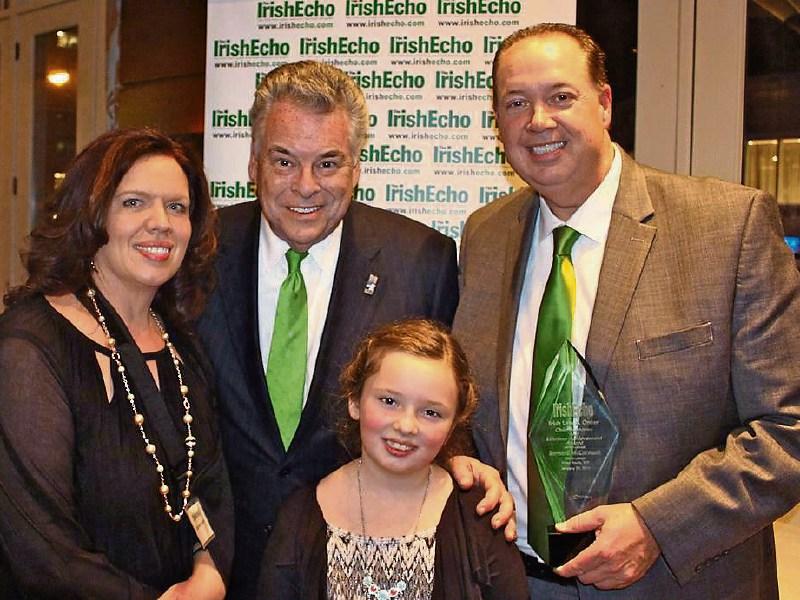 The first American federal law enforcement officer to be named as chief honoree at the Irish Law and Order Awards in New York has strong links to both Counties Leitrim and Cavan.

Bernard 'Bernie' McCormack, a Special Agent with the US Treasury Department, was selected as chief honoree at the Irish Law and Order Awards held recently in Manhattan.

Bernie is the son of Charlie McCormack, a native of Cormore, Arva, Co Cavan and Teresa Reilly from Gortnalug, just outside of Mohill.

In 2009, the Irish Echo newspaper in the USA inaugurated the Irish Law and Order awards. The awards feature a listing of America’s Most Distinguished Law and Order Leaders drawing nominees from the ranks of police officers, corrections officers, federal law enforcement officers and lawyers working in the offices of district attorneys.

In 2016 nominees from around America were honoured at a special ceremony at Rosie O’Grady’s Manhattan Club in New York and, for the first time a federal law enforcement officer was selected as the chief honoree, much to the delight of Bernie's family, friends and colleagues.

Equally proud are the members of Bernie's extended Irish family who still reside here in Ireland, including aunts, uncles and a wide circle of cousins and friends.