"I'm going to miss you all" says retiring Judge Browne 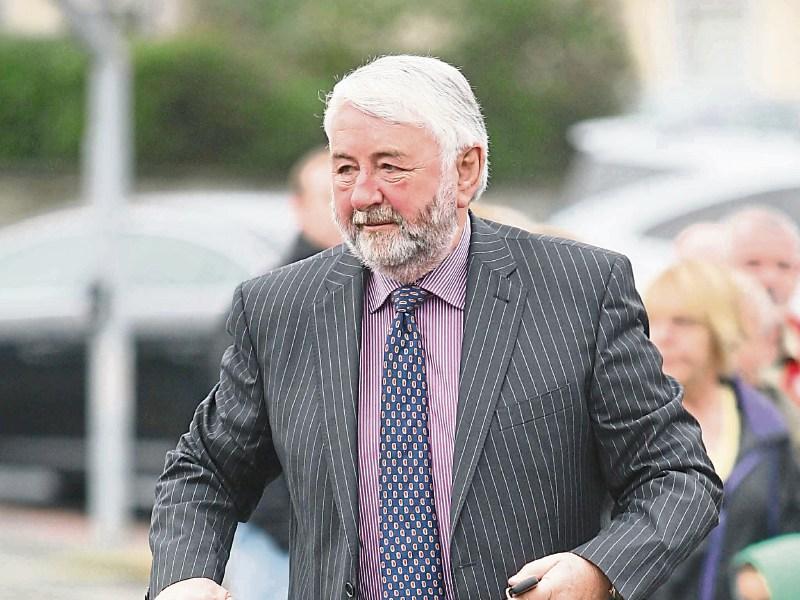 Glowing tributes were paid to Judge Geoffrey Browne at last week’s sitting of Strokestown District Court, which was Judge Browne’s final time to preside over cases there before his retirement.

Addressing the Court Judge Browne remarked, “I never thought I would get to this stage. I have been wondering for the last few weeks what I was going to say.”

Speaking about advice he received from a senior Judge upon becoming a District Court Judge in 2002 Judge Browne commented, “That was a learning curve, they were very busy courts.”

He recalled being told how to get through those busy court lists. “I was told to listen to what they have to say and don’t make lectures or speeches.”

Having operated in the local region since 2004 Judge Browne said he has seen all manner of cases in Strokestown over the past 12 years.

“Where does the time go? From animal cases, to drugs, road traffic, family law, you name it,” he said referring to what he has seen come before him adding it may get even tougher for his successor.

“There is a whole load of stuff coming in that I haven’t told Mairead (Conway) about from a place called Brussels!”

He continued, “There are all types of cases. Some people have drink or drug addictions, some appear in relation to family law.

“It is all very sad. I don’t know what is happening before I go into Court. Sometimes it is easy, sometimes difficult, sometimes distressing.”

Addressing a group of secondary school students from Scoil Mhuire, Judge Browne said, “The young people up there, if you get in trouble your name goes on a system and there is no way of taking it off.

“I have to be aware of a person’s future. This is ordinary common sense stuff, ordinary day to day living.”

Judge Browne went on to praise those he has worked alongside during his time in Strokestown starting with the members of An Garda Siochana.

“I have the height of praise for the way Gardai deal with cases. They deal with young brats and the abuse and ridicule they get is quite amazing.

“Bualadh bos to the Gardai, they have done an excellent job as far as I can see, now they’ve moved away from the Church in Tulsk,” which was a well known spot for catching drivers exceeding the speed limit.

He also praised the work of the solicitors who appeared before him referring to them as “top class.”

He continued, speaking with his tongue slightly in cheek, “Some are rather cute, they’re the ones you want to watch.”

He added the solicitors would make you believe “everybody is innocent” before commenting, “Well the Guards don’t think so and it is up to the Judge to decide.”

“I have the height of praise for the way they go about matters. They have limited resources but they do an excellent job.”

Judge Browne reserved his final words of praise for those who work in the Courts Service, particularly Mairead Conway.

“Beside every successful man there’s a wife, not this time - Mairead is not my wife! She and the Courts Service staff keep Roscommon courts ticking over.

“There are no complaints, there is a little bit of muttering but they get on with their job. I have nothing but admiration for the way the District Court is operated in Roscommon.

“I would like to thank Mairead and the staff for their friendship over the years.

“I think that’s it, I don’t think I’ve ever spoken so much in my life.”

Judge Browne concluded to a warm round of applause saying “I’m going to miss you all.”

Mary Rose McNulty addressed the Court on behalf of the Roscommon Bar Association to pay tribute to Judge Browne.

“Judge Browne is with us as long as I’m qualified,” she noted, adding, “I qualified in 2006 and have had the privilege of being in front of him since then.

“You treated us most fairly with a courteous manner, despite us maybe annoying you at times!”

Ms McNulty added, “You could tell the difference between someone who was down on their luck and someone who needed to be taught a lesson.

“I wish you a long, healthy and happy retirement and I hope you won’t be a stranger.”

Addressing the Court on behalf of An Garda Siochana Insp Ollie Baker said, “On behalf of the Commissioner I would like to be associated with the comments.

“Speaking with colleagues they stated the view that you handed down well balanced verdicts. They all spoke in glowing terms,” he added.

Speaking on behalf of Scoil Mhuire, Strokestown, school teacher Ms Fahy stated, “Your name is synonymous with justice in Roscommon.

“On behalf of the students and staff of Scoil Mhuire we would like to wish you a long and healthy retirement.”

District Court Clerk Mairead Conway also paid tribute to Judge Browne, wishing to be associated with the comments previously made.