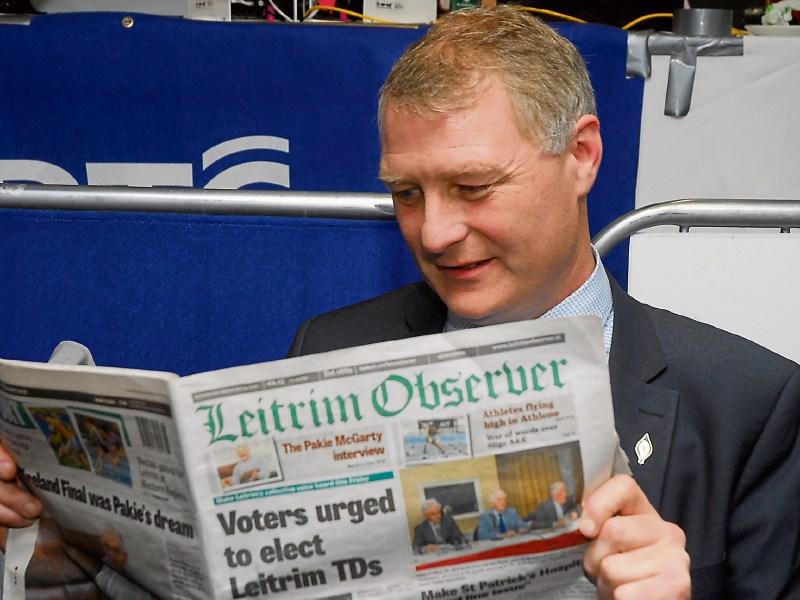 Proving that 13 is lucky for some, Sinn Féin candidate, Martin Kenny was elected on the 13th Count following the distribution of votes from his running mate, Chris MacManus.

Leitrim's only successful candidate, Kenny is no stranger to General Elections having contested three full elections and a by-election.

"The constituency change certainly suited me, bringing in the whole of Co Leitrim and West Cavan as well," he acknowledged.

While some had questioned Sinn Féin's decision to run two candidates, Kenny said that the party had made a conscious decision based on solid research.

"We always knew that (electing two Sinn Féin candidates) would be a challenge, but I think when you look at the fact that Chris (MacManus) was in the race right up to the 12th count... the vote he took shows that there is a lot of support there for a second candidate," he said.

There can be no doubt that, even with the significant vote count secured by Sinn Féin in the expanded Sligo/Leitrim/West Cavan and South Donegal constituency, this was a tough campaign. But Kenny believes that his years as a county councillor have proven a great grounding for him. He also points out that even when the odds were against him in previous General Elections, he and the party always made progress, always built on their core vote.

"Of course five years ago (2011 General Election) I wished that I had won the seat but it wasn't to be and I think that we have built on our vote and that has led to today, to this seat," he said.

And what does the newly elected Leitrim TD see as the key issues going forward?

"I think that there are so many areas which need to be addressed, areas like local services, school transport, education and health are all areas of concern and a different approach is needed. What has been done before has not worked and people are clearly angry about that," he said.

“This supposed recovery hasn't happened in rural areas, it hasn't reached towns like Killeshandra or Dromahair or Ballyshannon.

“Our young people are now living all over the world and we need to make this a country they can come back to.

“They want to come back and their loss has been felt the length and breadth of this constituency.

“This programme of austerity, of saying there isn't the money for healthcare, roads or education, isn't acceptable. We have said enough is enough and the electorate has sent that message loud and clear.”