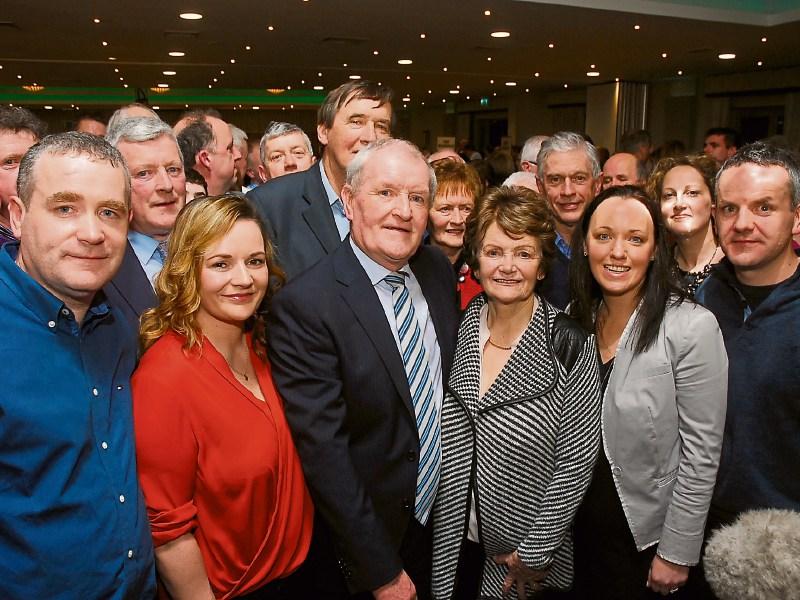 It was an occasion of mixed emotions as Fine Gael's Tony McLoughlin was returned to the Dail last Sunday night.

A strong showing from the sitting Sligo Town deputy saw him elected on the 15th count with 10,931 votes but the outcome came at a cost for the party.

Taking 27.67% of the first preference vote, it was a big ask for Fine Gael to elect two TDs, but they very nearly pulled it off.

Gerry Reynolds was favoured to take the fourth seat until a previously unforeseen avalanche of Sinn Fein surplus votes scuppered his bid.

With Reynolds losing narrowly to Fianna Fail's Eamon Scanlon, there was also disappointment for former TD, John Perry who didn't poll strongly enough to get re-elected.

The controversial candidate had taken Fine Gael all the way to the High Court to ensure his name was on the party ticket, but he managed just 4,403 first preference votes and that saw him excluded after the ninth count.

The bitter sweet nature of the count was not lost on Tony McLoughlin who said he was very pleased with his personal vote which was bucking the trend nationally.

“We've worked extremely hard over the last five years, tried to deliver as best we could in difficult times within the constituency of Leitrim and Sligo,” he said.

Asked whether events that took place after the party's selection convention distracted him or his campaign in any way, he replied, “No, none whatsoever. It made me more determined actually. We had a job to do. I got a mandate from the people, my delegates, the Fine Gael delegates on the night and certainly it was up and away from there on in,” he said.

Paying tribute to the delegates and to his campaign team, he added, “They have been very supportive throughout the campaign, each and every one of them. I'd just like to put on record the work they have done for me over the last number of weeks since the convention.”

At national level, however, the party took a hammer blow from the electorate and Tony agreed it was time for them to regroup.

“We certainly have to regroup. it is disappointing,” he admitted.

He also paid tribute to many of his colleagues who won't be returning to the 32nd Dail.

“I've seen some very fine colleagues of mine, who've worked extremely hard over the last five years as fine TDs in various parts of the country, lose their seats.

“I have huge sympathy for those guys, they have worked extremely hard for themselves and their families, but we just have to regroup and get on with it.”

At the time of speaking to the Leitrim Observer Tony was hopeful Gerry Reynolds would be elected alongside him, but it was not to be.